Ultimate Flags Inc, a company based in Okeechobee, Florida, is proud to play an important role in helping Patriots express their 1st Amendment rights. In relation to this, they are announcing a sitewide sale to celebrate the fact that Patriotism is alive and well in the USA. The 1st Amendment protects freedom of speech, religion and the press and is part of the first 10 amendments to the US Constitution that came to be known as the Bill of Rights. The Bill of Rights was first introduced to Congress in 1789 and was finally adopted in 1791.

Jonica Hough, owner of Ultimate Flags Inc, says, “We are proud to help express your 1st Amendment rights. We carry a wide range of flags that can help people express their own views. The right to free speech has always been under attack and it is a right that has to be guarded at all times. Recently, social networking sites have been removing certain posts in their efforts to eliminate opposition to narratives that they support. Accounts of people of great influence, such as former US President Trump, have even been frozen. Fortunately, our Patriots have been fighting back and we will continue to contribute to this important endeavor.” 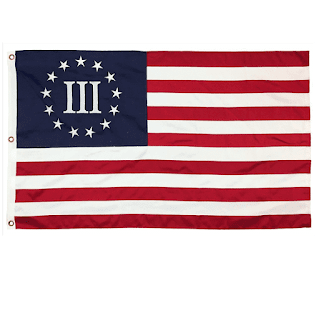 James Madison, who became the fourth US President, drafted most of the Bill of Rights that was introduced during the First US Congress, which was held from 1789 to 1791. The actual meaning of the First Amendment has been debated throughout the years of its existence, even up to the present time. As such, the US Supreme Court had to make landmark decisions on issues, including the right of citizens to protest the involvement of the US in foreign wars, the publication of classified government documents, and flag burning.

Freedom of speech allows Americans to express themselves without government interference and it is the most basic element of the freedom of expression. However, the US Supreme Court had to step in, in many instances, in order to determine what types of speech are protected by the First Amendment. Historically, materials considered to be obscene have been excluded from this protection, but the question arises as to what exactly makes something obscene. Furthermore, speech that tends to incite people to do harm to others has been considered as an exclusion but determining those words that can be considered as true incitement is difficult and the Supreme Court has had to make decisions on a case-by-case basis.

Meanwhile, with regards to flag cases that went to Supreme Court, Texas v. Johnson was a landmark decision in 1989, where it was upheld that Gregory Lee Johnson’s flag burning act was protected speech under the First Amendment. The case was the result of Johnson participating in a political demonstration in 1984 against the Reagan Administration and some companies based in Dallas. Johnson had poured kerosene on an American flag that was handed over to him and then set it on fire. He was convicted by a Texas court for vandalizing respected objects. While he lost his appeal to the Fifth Court of Appeals of Texas, his conviction was overturned by the Texas Court of Criminal Appeals because of First Amendment protection as the deed was considered to be symbolic speech. Later on, Texas asked the US Supreme Court to hear the case, which made the landmark decision in 1989.

Meanwhile, the Ultimate Flags store has a variety of flags that can be classified into various categories ranging from political, religious, patriotic, peaceful, LGBTQ, etc. These flags can used by people from all walks of life to show their 1st Amendment right to express their views, and share what they believe is important regarding their heritage, issues, and history.

Those who are interested in knowing more about how flags are protected under the First Amendment can view the Ultimate Flags free speech collection. They can also check out the Ultimate Flags Inc website, or contact them on the telephone or through email, or they can see previous news on 1st Amendment.