US based flag and flagpole company Star Spangled Flags is proud to announce that they are now offering the Bennington flag for sale. The company has made a name for itself by producing some of the highest quality, longest lasting flags in the world, all of which are 100% made in the USA of super tough cotton, nylon and polyester, and treated to withstand UV degradation so they can be flown proudly and patriotically. Recently, the company also announced that they have Betsy Ross flags for sale.

The Bennington flag is a version of the American flag that is associated with and named after the Battle of Bennington from the American Revolution. The flag’s unique feature is the large '76' in the canton, which refers to the year 1776 (when the Declaration of Independence was signed) and commemorates the country’s struggle for independence from Britain. Much like other flags from the era, the Bennington features 13 stars and 13 stripes, which represent the 13 American colonies that were in a state of rebellion against Great Britain. 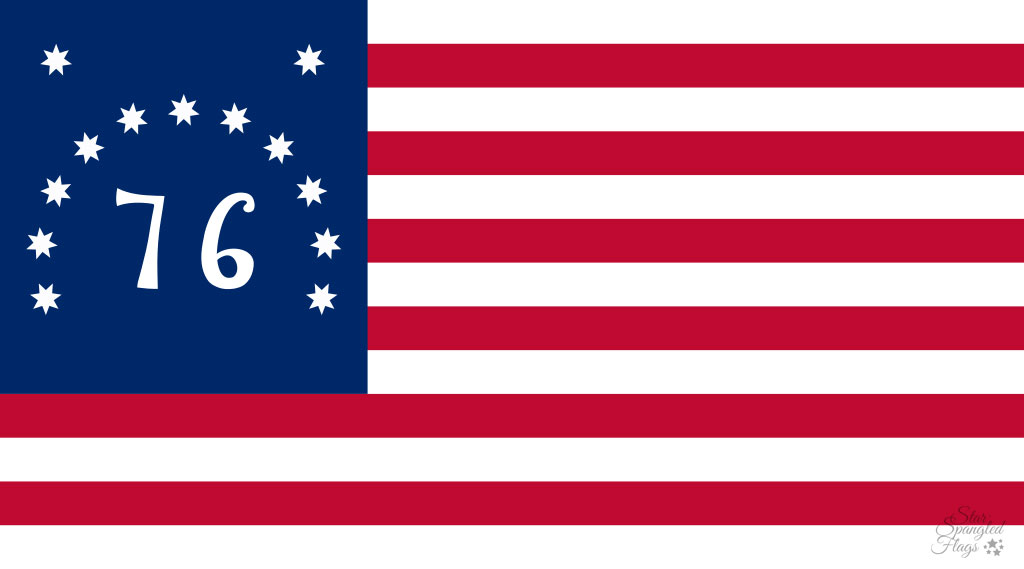 In addition to the large 76, another distinctive feature of the Bennington flag is the arrangement of the 13 stripes, with white being outermost (rather than red being outermost as in most US flags). The flag also differs in a few other ways: its stars have seven points each (instead of the now-standard five points) and the blue canton is taller than on other flags, spanning nine instead of seven of the thirteen stripes.

A spokesperson for Star Spangled Flags said, “The American Revolution is a very important period of our great country’s history, and more than any other flag from the period, I believe that the Bennington flag is the most representative of the period. The large 76 makes it easily identifiable as a banner from the American Revolution, which evokes the Spirit of '76 nostalgia, and Bennington flags are a must have for flag collectors, history enthusiasts and proud patriots.” Interested parties can find Star Spangled Flags’ Bennington flags at the following link: https://starspangledflags.com/flag/bennington/.

All of Star Spangled Flags’ Bennington flags feature a bright white header, two brass grommets, lock stitches on the seams and four rows of stitching on the fly end, plus reinforced corners to prevent fraying. And, as with all of their other flags, Star Spangled is proud to boast that both materials and labor are 100% from within the United States.

On their website, Star Spangled Flags also delves into the history of the flag. The website explains, “Legend has it that the Bennington flag was carried by troops under General John Stark at the Battle of Bennington near Bennington, Vermont in August 1777. When the British showed up, the General led his troops to battle with the famous cry, “There are our enemies, the Redcoats and the Tories! They are ours, or this night Molly Stark sleeps a widow!” The Bennington flag was said to be created by the general’s wife, Molly Stark herself.

“It isn’t exactly known when the Bennington flag was first flown. It was thought that the flag was flown at the Battle of Bennington, August 1777 but after analyzing the flag, it was suggested that the flag may not have been made until the 19th century, years after the famous battle. This evidence suggests that the Bennington flag may not have been present during the battle but could possibly have been created to commemorate the American Revolution, then interwoven into the battle’s story through the years. Either way, it doesn’t lessen the importance of the flag. The Bennington flag has come to signify a turning point in the American Revolution and holds a special place in America’s history.”

Those who want to learn more about Star Spangled Flags and the various services they provide can find more information on the company’s website. In addition to their website, Star Spangled Flags maintains a presence on Facebook and Twitter where they frequently post updates and communicate with their customers.

Star Spangled Flags was established to produce and provide a reliable and high quality source of truly Made In USA American, State, and Military flags. They offer nylon and polyester flags as well as no-tangle flag poles.

July 27, 2022 – Star Spangled Flags Makes Available For Sale An American Flag Made Entirely In The USA

February 10, 2022 – Why People Are Buying Up 3x5 American Flags from Star Spangled Flags

June 02, 2020 – Flags Made In USA Available At StarSpangledFlags.com