Meet Positives Herpes Dating Explains: How to Know If You Have Herpes

Meet Positives Herpes Dating offers important information regarding herpes, including herpes symptoms or how to know if a person has herpes. Herpes or herpes simplex virus pertains to a group of viruses that cause sores and blisters around the mouth and the genital area (genital herpes). Genital herpes is sexually transmitted and once it gets in the body, it stays there because there is currently no cure for it. Nevertheless, there are treatments that can minimize the impact of the symptoms and the outbreaks resulting from the virus.

Oral herpes is caused by HSV-1, while genital herpes is the result of infection by HSV-2. For oral herpes, the most common symptoms include fever; tiredness; muscle aches; irritability, oral sores that oftentimes make drinking or eating difficult; and pain, itching, burning sensation, or tingling at the infection site before the sores appear. The sores will usually appear on the lips, throat, gums, or on the front of the tongue, the cheeks, and the roof of the mouth. Sores may also appear on the neck and chin. People with oral herpes may also have neck lymph nodes that are red and swollen. Teenagers and people in their 20s may notice shallow ulcers in their throats and grayish coats on their tonsils.

Meanwhile, with regards to genital herpes, the symptoms during the first outbreak include: painful urination; sickly feeling or nausea; muscle aches, fever and flu-like symptoms; and burning, tingling, and itching sensations in the areas where the blisters will emerge. After the initial tingling, burning, and itching sensations, the blisters will appear in various areas around the genitals. The blisters can be painful and will have a cloudy liquid. In men, the sores will emerge on the penis, inside the penis, on the thighs, on the groin, around the anus, on the scrotum, and on the buttocks. In women, the sores may appear on the labia, inside the vagina, groin, thighs, on the buttocks, and around the anus. It should also be noted that it is also possible to get genital herpes in the mouth when doing oral sex. This type of transmission for genital herpes is rare but still possible, especially when the virus is extremely active.

The symptoms of genital herpes after contraction are usually very mild and might not even be noticed. This could actually be a problem because the person who has the virus can easily transmit it to his or her partner unknowingly. Later on, the symptoms will only appear periodically in outbreaks. The pattern of the outbreaks will be different from individual to individual. The initial outbreak will usually be the worst, with succeeding outbreaks less intense. These subsequent outbreaks are caused by the dormant herpes virus already in the body and are not due to a reinfection. While the disease still has no cure, the symptoms can be treated and controlled, with the virus remaining in dormant status. Nevertheless, it is always advisable to practice safe sex with precautions during outbreaks because the open sores can cause infection.

It is advisable to get tested for both HSV-1 and HSV-2 because about two-thirds of men who are living with herpes do not have symptoms while some have mild symptoms. Some of the mild symptoms may be confused with other skin ailments, thus, the importance of getting tested. There are certain herpes symptoms in men that are rare, such as encephalitis; meningitis; eye infection; eczema herpeticum; and sores, ulcers, and blisters inside or around the anus, and around the buttocks and thighs.

Most women with herpes have silent symptoms or don’t have any symptoms at all. Less common herpes symptoms in women include headache; sores and blisters around the vagina and around the vulva or cervix; tiredness; body aches; fever; swollen lymph nodes; painful urination; vaginal discharge; and vaginal itch.

Those who are interested in learning more about herpes and dating with herpes may want to check out the Meet Positives Herpes Dating website, or contact them on the phone or through email. 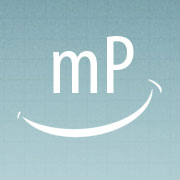 Learn more about your condition from others who have experienced the same feelings. Get the latest information about a possible cure for herpes, vaccination and treatment options.

February 02, 2021 – Meet Positives Herpes Dating Explains: How to Know If You Have Herpes