Backyard Bug Patrol, a pest control company based in Great Falls, VA, has announced that they have published a new blog post that provides answers to common questions regarding mosquito-borne diseases. The post is titled, “What Does Mosquito-Borne Disease Mean”. Common questions, such as what is a mosquito-borne disease, who can catch it, why they are difficult to control, whether they are contagious, and how to prevent them, are answered. The blog post can be found at https://backyardbugpatrol.com/mosquito-control/what-does-mosquito-borne-disease-mean/.

John Mitchell, co-founder of Backyard Bug Patrol, says, “Mosquitoes are the most deadly creature on this planet. They are responsible for the transmission of many diseases, and some of these, such as malaria, are fatal. In our new post, we offer information on what is a mosquito-borne disease and answer common questions about this kind of disease. We believe that the most effective way to prevent this type of disease is through mosquito control.” 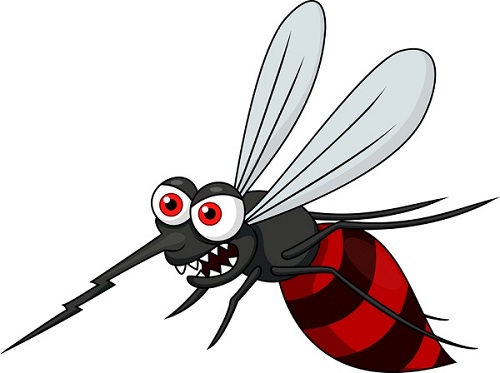 A mosquito-borne disease is the result of bacteria, viruses or parasites carried by mosquitoes without affecting them. Thus, when the mosquitoes feed on the blood of their victims, they transmit these viruses, bacteria or parasites to their victims. It is not only humans who are affected by these diseases. Cats, dogs and even horses have also been found to be affected, such as the eastern equine encephalitis and western equine encephalitis.

According to the blog post, mosquito-borne diseases are becoming harder to control because of climate change. In an article in the Scientific American, it says, “Climate change can influence how infectious diseases affect the world, particularly illnesses spread by vectors like mosquitoes. Now scientists have developed some understanding about how rainfall and temperature can influence malaria, dengue and West Nile virus infections as well as ways to combat them.”

The blog post by Backyard Bug Patrol, which can also be accessed at https://goo.gl/posts/ZU1zN, says that preventing mosquito-borne disease can be done by decreasing the risk of being bitten by mosquitoes. This can be done by wearing mosquito repellent, increasing awareness in other people about this danger posed by mosquitoes, and getting the services of a mosquito control provider.

Aside from providing control for mosquitoes and ticks, Backyard Bug Patrol offers stink bug control and green indoor pest control. The mosquito sprays used by the company are sprayed onto all vegetation so that when mosquitoes fly in and try to feed on the glucose found on plants, they get killed.

The company advises against the use of mosquito repellent because this contains Deet, which can have negative effects on health. Meanwhile, citronella mosquito candles or propane mosquito systems or mosquito coils can only provide temporary relief. They believe that the best way is barrier spraying the yard. Backyard spraying is done by licensed technicians who know the proper way to do it. The sprays usually use a permethrin or pyrethroid based pesticide that can kill mosquitoes on contact and act as a protective barrier for up to three weeks. It is also advisable to remove all of those things that have water where mosquitoes can lay their eggs. These can be flower pots, can, toys, gutters, and more, so homeowners need to make sure that these do not contain standing water.

Backyard Bug Patrol was founded by John Mitchell, whose family had experienced the effects of Lyme disease, which is transmitted by ticks, and Pat Durkin, who got infected by the West Nile Virus, which is transmitted by mosquitoes. This means that the pest control company is more than just a business for them. They strive to provide a 5 Star Service Program and do their best to rid backyards of mosquitoes, ticks and other pests.

Meanwhile, Backyard Bug Patrol also offers preventative indoor, green pest control. This is for spiders, ants, silverfish, crickets, roaches, and fleas. They make use of a green, 100 percent organic solution that serves as a barrier so that the pests will no longer get through to those areas where they are often found.

Those who want more information about the pest control services offered by Backyard Bug Patrol can visit their company website or their Facebook page at https://www.facebook.com/BackyardBugPatrol.