Bellriver Homes, headquartered in Baulkham Hills NSW, has announced that they have opened their Northern Beaches Knockdown Rebuild Centre in Narraweena on Sydney's Northern Beaches. They are now offering a free knockdown rebuild consultation for anyone interested in learning more about this process. The knockdown rebuild process involves knocking down an existing home and then using the land for constructing a brand new home.

The knockdown rebuild process is becoming more popular because vacant land is simply not available, from Manly to Palm Beach and all across the Northern Beaches in Sydney. Meanwhile, many of the homes located across the Northern Beaches are based on older designs that usually have small and dark living spaces that are not fit for modern living. Moving to another place to find a better home is usually not the answer because land values in the area have been rising significantly in recent years, with the result that the homes are only worth a little more than the land value.

Thus, it often makes financial sense to change the home rather than moving to another address. Furthermore, moving to a different location has a massive impact on the family. By remaining in the same address by simply rebuilding the home, the family can retain their established lifestyle while boosting the value of the property.

Many people are actually surprised to discover that major renovations can cost about 10 percent more compared to a knockdown rebuild project. This is because rebuilding from scratch is frequently more cost-effective than renovating a home, when taking into account the dollar cost per square metre. Considerable savings can be achieved through bundle work and the bulk ordering of materials. In addition, clearing a piece of land is less costly than knocking down parts of a home, which becomes a complex undertaking when taking into account the structural integrity of the home.

There are many other advantages of a knockdown rebuild. First, there is more control over the project because there is no need to compromise on existing structural features of the home that are no longer suitable. Second, the builder is not impeded or limited by the quality of the original design and instead can start to build from a clean slate. Third, building from scratch is usually much faster than renovating an entire house. Fourth, if the value of the land has significantly increased over the years, rebuilding is a great way to further boost the property value. Fifth, the family will have the benefit of having a home that is entirely new and built based on the highest quality standards. And finally, there is no problem about certain parts of the home aging faster than the other parts.

Bellriver Homes advises homeowners that there are certain indications when it is time to knockdown rebuild. These include when: the home has become too small for a growing family; when several homes need to be renovated; when the family loves the location but not the home; and when the family wants a more modern and contemporary house. Furthermore, it is important to note that a knockdown rebuild can be less expensive than buying a new home.

Those who are interested in learning more about the Northern Beaches Knockdown Rebuild Centre can check out the Bellriver Homes website, or contact them on the phone or through email. 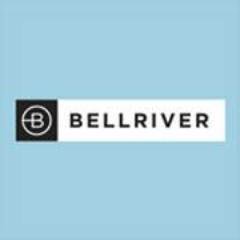 Bellriver Homes is a family owned and operated building company that has been constructing quality homes in Sydney and regional NSW for more than 20 years.