Delray Beach, FL - Trauma therapies have become an important tool in addiction treatment helping people in recovery heal from traumatic events in their past that may have led them to abuse substances in the first place. Recently, celebrities have been opening up and sharing their stories of trauma and the therapies that have helped them learn to cope. Their goal is to let others know they’re not alone and that there’s no shame in seeking effective and widely available treatment. Prince Harry came forward to share his story of childhood trauma, alcohol abuse and how the trauma therapy known as Eye Movement Desensitization and Reprocessing (EMDR) helped him cope with his emotions in a healthier and more productive way.

In The Me You Can’t See, a television special he co-produced with Oprah Winfrey, Prince Harry went through a live demonstration of EMDR and talked about the positive impact the trauma therapy had in helping him deal with the loss of his mother, Princess Diana, and the subsequent binge drinking he experienced later in life. For Prince Harry, the root cause of his substance abuse was attempting to cope with the sudden and traumatic loss of his mother at the age of twelve. He would seek relief from his symptoms through binge drinking, a problem that eventually led him to become addicted to alcohol.

Prince Harry is one of the many public figures who have made their struggles with addiction and how they managed to overcome it through cutting-edge trauma therapies public. Lady Gaga, another guest on The Me You Can’t See, told Oprah that she suffered from post-traumatic stress disorder (PTSD) after being a victim of rape and it caused her to turn to substance abuse to cope. She was able to overcome her drug addiction through trauma-based therapy known as neuropathic pain trauma response therapy in combination with medication through medication-assisted treatment.

Addiction is a treatable mental health disorder, and when the cause of addiction is rooted in trauma, then trauma therapies are key to achieving lasting sobriety. In one study conducted by the Substance Abuse and Mental Health Services Administration (SAMHSA), after 3 months of treatment, there was a significant decrease in trauma-based symptoms and an increase in patients’ ability to remain abstinent from substance abuse due to trauma therapy in dual diagnosis programs.

In a National Center for Biotechnology Information (NCBI) study, roughly 8 percent of the U.S. population will experience symptoms of PTSD in their lifetime, and of the people who suffer from PTSD, 40 percent will turn to substance abuse to self-medicate their symptoms.

Celebrities and public figures who share their stories of addiction and how trauma therapy helped them achieve lasting sobriety, help others stop suffering in silence because there are effective trauma-informed treatments for co-occurring mental health and substance use disorders.

Legacy Healing Center is a leading addiction treatment center that offers an extensive range of trauma therapies because they understand how important effective trauma therapies are in treating co-occurring mental health disorders. With their dedicated team of trauma therapists, Legacy Healing Center can provide the highest level of care for people suffering from trauma who have developed an addiction. Legacy also made a recent move as one of the first addiction treatment centers to accept bitcoin and etherum as payment for addiction services.

As celebrities use their platform to share their personal experience with trauma therapy and addiction, the hope is that many more people will seek help through accredited addiction treatment centers like Legacy Healing Center. Addiction and trauma can be overcome through professional help and comprehensive client-centered treatment.

For anyone struggling with addiction or concerned about a loved one’s drinking or drug use, Legacy Healing Center is available 24/7 to help. Call (888) 534-2295 or visit www.legacyhealing.com to learn more. 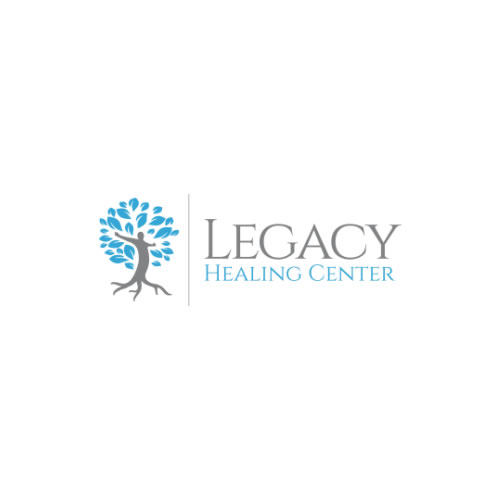 July 14, 2021 – Legacy Healing Center Offers Trauma Therapies Like the One that Helped Prince Harry Cope with Binge Drinking After the Loss of His Mother

March 25, 2021 – Legacy Healing Center Reports Increasing Alcohol Use in Brevard County is Cause for Concern