Los Angeles, CA – An attorney leading the lawsuit against four drug manufacturers accused the companies of using deceptive marketing tactics to help cause the deadly opioid epidemic so they could profit off the crisis.

One of the defendants’ attorneys responded that the company represented only a fraction of the market and that doctors and patients were well aware of the addiction risks posed by opioid use. 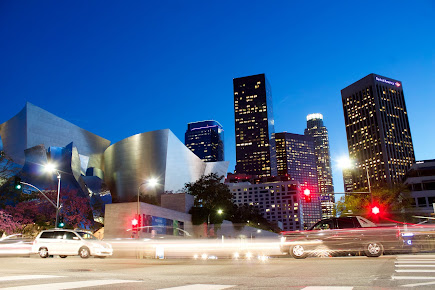 As the lawsuit trial opened May 3, plaintiff attorney Fidelma Fitzpatrick argued that the companies knowingly exacerbated the opioid crisis. “The evidence will show each of these companies, all of them, knew what would happen: that their opioids would cause the crushing burden of addiction, overdose and death that California and its people have experienced,” she told Orange County Superior Court Judge Peter Wilson.

The lawsuit is aimed at drug manufacturers Johnson & Johnson, Teva Pharmaceutical Industries Ltd, Endo International PLC and AbbVie’s Allergan unit. The plaintiffs in the case – Santa Clara, Los Angeles and Orange counties and the city of Oakland – are seeking more than $50 billion in damages and penalties. They are demanding that the companies pay for damages to cover the costs of abating the public crisis they created, plus penalties.

Nearly 500,000 people have died from opioid overdose since 1999, according to the U.S. Centers for Disease Control and Prevention (CDC), calling opioids “the main driver of drug overdose deaths.” Almost 73% of opioid-involved overdose deaths involved synthetic opioids, the CDC reports.

The crisis has brought more than 3,300 similar lawsuits across the nation. The State of Oklahoma won a $465 million judgment against Johnson & Johnson, which is appealing the decision.

In Court May 3, Fitzpatrick said the California case is about the drug companies’ “deadly legacy” of using opioid painkillers as a marketing tool to boost their profits. As a result, California has been inundated by a “mountain” of addictive pills, she said.

But attorney Collie James argued that his client, Teva, held only a tiny share of the opioid market and that the lawsuit is based only on “suggestion and speculation.”

“You won’t hear from a single doctor who was ever misled,” he said.

For anyone struggling with opioid addiction, effective addiction treatment is available. Muse Treatment in Los Angeles offers comprehensive residential and outpatient treatment for drug and alcohol use disorders at their Southern California treatment centers. For help or more information, call 800-426-1818 or go to www.musetreatment.com