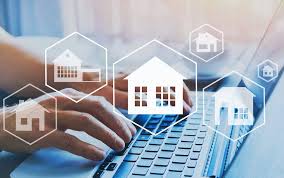 Dependable Homebuyers has published a report citing the growth in the real estate market over the last year. Evan Roberts, the owner of the We Buy Houses company, says that they expect the growth to sustain throughout this year too. Roberts and his team have been busier than before, which simply reflects more people are interested in the property market. Not only are more buyers deciding to invest in houses due to stable employment and steady economic growth in the state but investors too are warming up to the potential returns in the sector.

Roberts says that the boom is not surprising for them as they have acquired many properties in the first two quarters of this year but the fact that more buyers are interested in making an invested is definitely a noteworthy development. The rates of interest have been increased four times in the last eighteen months. This has caused a slowdown in real estate sectors across many states but Maryland has held up strong and the housing market is quite stable. This sustained growth may have more to do with the micro economic scenario in the state and the proximity of many of the counties to Washington D.C. Roberts says that his team has witnessed a surge in investment, which can be attributed to micro factors and not macro economics.

Many cities in Maryland have had an issue with the available inventories. Properties being listed on sale were mostly old houses. This has been a problem for many buyers. It led to a certain degree of saturation in the past years. Buyers were looking for new properties in excellent conditions but there were fewer options. In recent times, homeowners have realized that old properties are hard to sell. Investors too have chipped in and are renovating properties after buying them, effectively leading to a transformation of entire neighborhoods. Dependable Homebuyers is one such real estate investment firm that buys houses directly from owners and renovates old properties to make them as good as new, if not better. Interested homeowners can read a recent press release they published at https://docs.google.com/document/d/189IolCg8XrX7OTmomkWku1SYzB4CO0sPog87izMcGXw/preview.

Roberts says that there is a huge demand for new construction, starter homes and land. The company is buying all types of residential properties and also land. It is now buying land throughout the state of Maryland and several other states. The lands are for appropriate developments that can further boost the growth in the real estate market. Roberts and his team are producing videos and publishing relevant information for different cities and also trends as per zip codes so buyers and sellers can be abreast of important news and facts. Knowing the ground realities is the precursor to finding the deals buyers and sellers expect. This information campaign was recently launched and Dependable Homebuyers already has a few tools and resources on its website to assist sellers and buyers.

Homeowners in Maryland who are unable to sell their houses through listing services or realtors and those who want an outright sale can contact Dependable Homebuyers. The company can maximize the return and also speed up the entire process.

Dependable Homebuyers is a local home buying company in Maryland. We buy houses in any condition and any situation. If you want to sell your house fast, give us a call at (443) 219-8331 and we’ll provide you a cash offer within 24 hours.

April 14, 2021 – Dependable Homebuyers Has Been Featured on Apartment Therapy

April 12, 2021 – Selling a Property Without A Real Estate Agent is Easy According to Dependable Homebuyers

April 01, 2021 – Dependable Homebuyers Declares That Now Is The Time To Sell A House

March 31, 2021 – Cash Buyers Are Seeing a Negative Impact Due to Higher Interest Rates