Toronto Functional Medicine Centre has announced the recent publication of a blog post that details the many benefits of vitamin C, an antioxidant that is essential for several body functions. The Toronto-based integrative center for functional medicine is urging local clients to find out more about what vitamin C IV therapy can do for them by heading over to the link: Vitamin C in IV Therapy Toronto Lounge.

Vitamin C may play a role in boosting immunity, cellular functioning, collagen synthesis, chronic disease prevention, cognition, and more. However, since the body can’t create vitamin C on its own, one must maintain a healthy and balanced diet to supplement its needs. Though vitamin C deficiency is very rare in most parts of the world, some groups are at high risk of deficiency. This includes pregnant or breastfeeding women, individuals with inflammatory health conditions, patients with long-lasting diarrhea, individuals with thyroid conditions such as hyperthyroidism, patients who recently underwent a surgical procedure, and nicotine smokers. 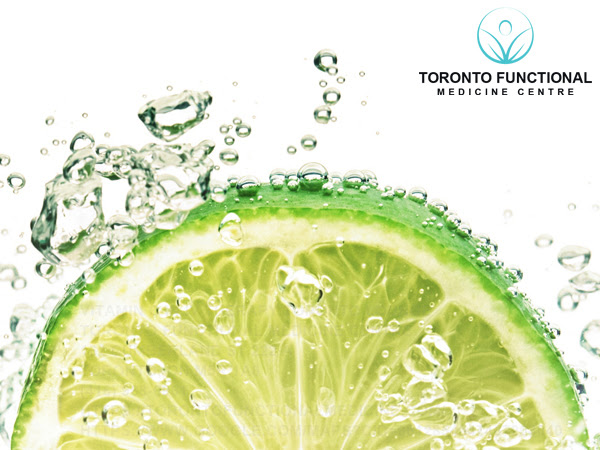 The blog post from Toronto Functional Medicine Centre then highlights several studies and articles published in journals and news outlets to educate readers on the importance of vitamin C. For example, it quotes an article from Nutrients magazine that talks about vitamin C’s potential to aid immunity that says, “it has a number of activities that could conceivably contribute to its immune-modulating effects. It is a highly effective antioxidant, due to its ability to readily donate electrons, thus protecting important biomolecules…from damage by oxidants generated during normal cell metabolism and through exposure to toxins and pollutants (e.g., cigarette smoke).”

Research from Oregon State University says that an oral combination of vitamin C and vitamin E might prevent UV damage. Vitamin C may also help promote collagen synthesis and cellular function, which may increase the body’s chances of repairing damaged skin. The blog post also highlights another study that found women between the ages of 40-74 who increased their intake of vitamin C and linoleic acid reported improved skin appearance.

The Toronto clinic also reports on a study from the John Hopkins University School of Medicine that says that vitamin C may work as a diuretic in the body, in turn assisting with reduced burden on a person’s blood vessels. The university’s researchers found that regular intake of vitamin C may have led to moderate improvements in blood pressure levels, though it also stated that further research is necessary to understand its role in cardiovascular health.

The blog post from Toronto Functional Medicine Centre also touches upon the role that vitamin C plays in improving the absorption of non-heme iron, the iron from plant-based foods and seeds that is not as easily absorbed by the body as compared to iron originating from animal protein. Moreover, since vitamin C has antioxidant effects and is concentrated in the brain and neuroendocrine tissues, it might help with alleviating oxidative stress and slowing down the onset of neurodegenerative health conditions such as Alzheimer’s and Parkinson’s.

The blog post then suggests several ways for individuals to increase their vitamin C intake. This includes incorporating fruits and vegetables such as strawberries, kale, broccoli, mango, brussels sprouts, cauliflower, parsley, and red peppers into one’s diet. Another readily available solution is consuming vitamin C supplements in the form of tablets or capsules.

Finally, individuals who are not ready to make dietary changes or take supplements, those who suffer from malabsorption issues, or those who want to avoid unwanted side effects, can turn to Toronto Functional Medicine Centre’s vitamin C IV therapy services. During the therapy, a saline-based solution with vitamin C and minerals is administered through the patient’s vein. Since it directly enters the bloodstream, the body absorbs vitamin C at a higher rate compared to ingestion through food sources.

Readers can contact the clinic’s IV Lounge at (416) 968-6961 to find out more about its other services such as Leucine IV therapy in Toronto, NAD IV therapy, glutathione, vitamin E, Vitamin K injection, and more. You may also email them at info@tfm.care. The Toronto Functional Medicine Centre is open from 9:00 am to 6:00 pm on Mondays, Wednesdays, and Fridays; from 10:00 am to 5:00 pm on Tuesday and Thursdays; and from 9:00 am to 4:00 pm on alternating Saturdays.

January 19, 2023 – Functional Medicine In Toronto: The Potential Behind IV Therapy With Leucine