Toronto Functional Medicine Centre in Toronto, ON, Canada, has recently released a blog post that explains why functional medicine for nutritional deficiencies is essential. The article points out that hidden hunger or micronutrient deficiencies are frequently unnoticed but over time, they may have detrimental effects on cellular functioning, metabolism, and brain health, possibly triggering a chronic condition or mental health concerns in the future. People need to be concerned about nutritional hidden hunger because this is not only found in third-world countries but can also happen in the Western world, including in the city of Toronto. And it is said to affect half of the universal population.

According to the “International Journal of Environmental Research and Public Health,” the estimated number of people with micronutrient deficiencies is likely to be lower than the actual value because of the presence of the different diseases that are linked to poor nutrition and the simplification of diets all over the world. Hidden hunger may result due to the lack of nutritional knowledge, food insecurity, and the way the food is processed or prepared. People who are at risk of micronutrient deficiency include: those who have low economic status; women of child-bearing age; those with dietary restrictions or those who consume low-nutrient foods; seniors; people with certain health concerns, such as osteoporosis; those who misuse drugs; and black, indigenous and people of colour. 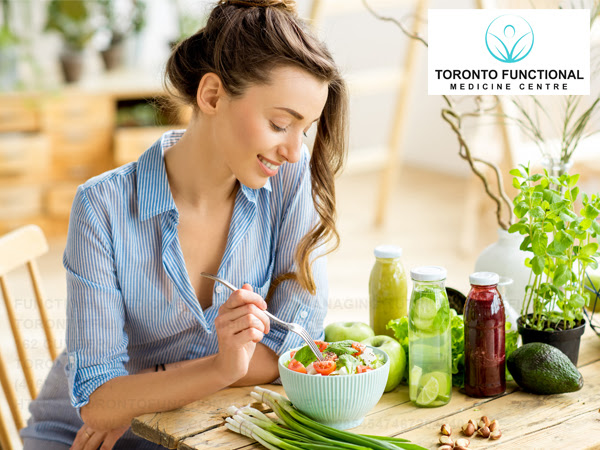 In addition, modern agricultural methods often focus only on the size and quantity of the produce. As a result, they frequently use pesticides that may affect the nutritional significance of the food they produce. And those microwavable and ready-to-go meals, often preferred by busy people, tend to have preservatives that eliminate vitamins and minerals. And in Canada, the winter months may result into lack of sun exposure, which means a deficiency in vitamin D. At Toronto Functional Medicine Centre, they may help people by developing a nutritional road map for each specific person after examining the patient and evaluating health issues, such as digestive problems, chronic disease, acid reflux, stress management, hormonal health, irregular periods, and adrenal fatigue.

Meanwhile, they can also offer help to those who believe they have been exposed to pesticides from the food they eat, drinking water, and pollutants in the air. Knowledge about exposure to pesticides and other toxic substances is vital in functional medicine. This means that when a patient exhibits certain chronic symptoms, the environmental factors must also be considered. These toxic compounds may be absorbed by the body through the skin, ingestion, or by breathing in polluted air. Fortunately, the Toronto Functional Medicine Centre may recommend various ways to minimize pesticide exposure, such as consuming organic fruits and vegetables that contain phytonutrients that help in getting rid of free radicals from the body. It is also a good idea to carefully and thoroughly wash produce before cooking or eating them. And it is also possible to avoid home products that contain dangerous chemicals, ensuring that a particular product only contains non-pesticide ingredients.

The Toronto Functional Medicine Centre is a clinic in Toronto, Ontario, Canada, employs integrative functional medicine therapies such as naturopathic medicine, acupuncture, IV therapy, allopathic medicine and more to elevate their patients' health. People who would like to learn more about functional medicine for pesticide exposure, nutritional deficiencies, and other topics, can check out the Toronto Functional Medicine Centre website or contact them through the telephone at (416) 968-6961 or via email at info@tfm.care. They are open from 9:00 am to 6:00 pm on Mondays, Wednesdays, and Fridays; from 10:00 am to 5:00 pm on Tuesday and Thursdays; and from 9:00 am to 4:00 pm on Saturdays.

January 19, 2023 – Functional Medicine In Toronto: The Potential Behind IV Therapy With Leucine