Los Angeles, CA – Alcoholism is often seen as a clearly defined disease; many people think they are either moderate or addicted drinkers, with no gray area in between. But experts say many Americans actually occupy a risky middle ground between the two types of drinking. Muse Treatment warns that it’s surprisingly easy to move from the moderate group to full-blown alcoholism.

Moreso than any other drug, alcohol is highly socially accepted in the US. For most Americans, drinking is a normal part of evenings, weekends, celebrations, and special events. But Muse warns that many people who think they are drinking in moderation will be surprised to learn they actually fall into a potentially problematic grey area somewhere between moderation and alcoholism. 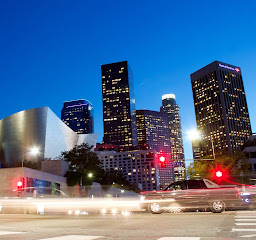 The National Institute on Alcohol Abuse and Alcoholism (NIAA) has defined various drinking levels to help people understand where they fall on the spectrum of alcohol use.

Heavy and binge drinking are both considered forms of alcohol misuse. These patterns of drinking can significantly increase a person’s risk of developing alcohol use disorder (alcoholism).

Alcoholism is a colloquial term for the medical diagnosis of alcohol use disorder, or alcohol addiction. It is defined as a chronic disease characterized by the inability to control drinking due to physical and emotional dependence on alcohol. Physical dependence sets in when the chemical balance of the brain adjusts to the presence of alcohol. When this happens, a person will experience withdrawal symptoms if they suddenly stop drinking.

For anyone who suspects they or a loved one has a drinking problem, there are signs that the problem may have progressed to the level of alcoholism. Symptoms of alcoholism include wanting to cut down on drinking and trying to but failing, continuing to drink even after alcohol has caused negative consequences in a person’s life, spending a lot of time thinking about or planning the next opportunity to drink, experiencing financial issues as a result of drinking, engaging in high-risk behavior like drinking and driving, experiencing difficulty performing at work or in school, loss of employment, or strained relationships with loved ones and social circles due to drinking.

For people who recognize that their drinking has escalated into a problem and want to do something about it, there are many options for therapeutic support. Making the right choice will depend on a number of factors including the severity of current alcohol use.

Those in the beginning stages of problem drinking who want to address it before it escalates further may wish to reach out to an addiction therapist for help. Therapy can help clarify what has been impacting a person’s ability to remain sober and replace drinking with healthier ways to cope with stress.

Someone who’s been drinking heavily for a prolonged period is likely to have developed some amount of physical dependence on alcohol. In these cases, it might be necessary to enter a medical detox program to safely manage withdrawal symptoms associated with quitting drinking. Medical detox involves the support of clinical staff who monitor withdrawal symptoms and provide medications, therapeutic support, and holistic therapies as needed to ease discomfort.

Detox addresses the physical aspect of alcohol addiction, while rehabilitation explores the underlying mental and emotional aspects of alcohol abuse. Alcohol rehab programs are available on an inpatient or outpatient basis. Both options offer multiple forms of therapy designed to heal the root causes of addiction, promote healthy emotional regulation, and prevent relapse.

Anyone concerned about their or a loved one’s drinking habits can learn more by calling 800-426-1818 or visiting Muse Treatment online. Treatment specialists can help discern what is the appropriate next step.