Chicago divorce attorney releases a new article (https://rdklegal.com/how-long-can-you-leave-a-child-unattended-in-illinois/) explaining how long a child can be left unattended in Illinois. The lawyer mentions that it is rare for a parent to leave a child on their own. It is not usually the children who are the problem when they are left alone but the outside threats.

“The wisdom of each absence of a parent from a child is always debatable…until something happens to the child. A child getting hurt, lost or sick because they weren’t supervised is a problem. But, if the child’s other parent is no longer partners with the parent who wasn’t watching the now hurt child finds out, it’s going to be a massive problem,” says the Chicago divorce attorney. 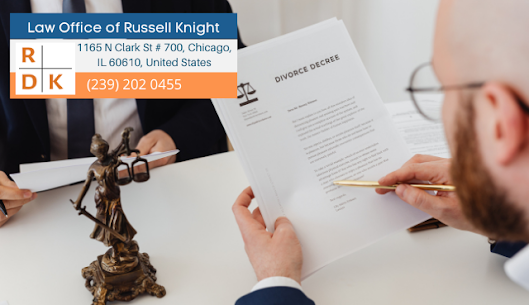 The lawyer explains that sometimes, a parent will have to leave the child alone to go to the store, jog, or talk to a neighbor. This is why it is important for every parent to understand the law or the standard regarding leaving a child alone at home. In Illinois, leaving a child alone is a crime under some circumstances. It is referred to as “Child Abandonment”.

Attorney Russell Knight explains that children around the ages of 0 to 12 should not be left alone at home. If the child is left with a babysitter, Illinois statutes require that the babysitter must be over the age of 14. Child abandonment is also considered a class 4 felony. The sentence of imprisonment shall be one to three years.

In the article, attorney Knight also explains that Illinois criminal courts are not throwing parents into prison for abandoning their children. However, parents do automatically get probation. If the probation ends successfully, the parent will not be convicted for child abandonment. Probation without conviction can only happen once.

According to the divorce lawyer, “There is a lesser misdemeanor charge called “Endangering the life or health of a child” without all of the defenses that the crime of child abandonment provides. Leaving a child who is 17 alone for 10 minutes might qualify as “child endangerment. It will be up to the parties to argue their case in front of a criminal judge in order to determine guilt.”

Lastly, attorney Russell Knight emphasizes the importance of having a skilled attorney when facing accusations of child abandonment or child endangerment. Having an experienced lawyer may be able to help the client understand their rights and receive a favorable outcome in the case.