Chicago divorce attorney Russell Knight releases a new article (https://rdklegal.com/what-is-a-deposition-in-an-illinois-divorce/) explaining the meaning of deposition in an Illinois divorce. The lawyer mentions that in most divorces, both parties agree to the basics such as how much they earn, their 401ks, and where the kids go to school. The final output of the divorce may be negotiated but it is relatively rare that the inputs and facts are contested.

“When there is a dispute over facts in an Illinois divorce, then the divorce judge must make a determination as to the facts. This determination of facts will be based on the testimony of the parties to the divorce and/or other third parties. While documents that confirm or deny allegations are powerful evidence, all alleged facts start as testimony which authenticates later produced documents,” says the Chicago divorce attorney. 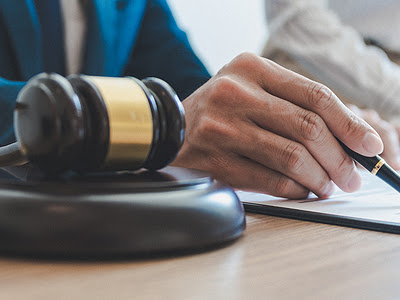 The lawyer mentions that testimony is very important in the determination of a fact in an Illinois divorce case. This is why every divorce lawyer will want to take that testimony for the first time at trial. Through a deposition, a lawyer will have the power to take initial testimony under oath.

Attorney Russell Knight explains that a deposition is the testimony of a witness taken upon interrogatories and reduced to writing and duly authenticated to be used upon the trial of an action in court. The definition of deposition is so expansive since depositions are extremely diverse.

In the article, attorney Knight says that depositions are a discovery tool. Discovery refers to the process where each party to a divorce seeks more information in order to settle their divorce or take it to trial. He adds that instructions for depositions including how to schedule a deposition, how to conduct a deposition, and all the other hows are included in the subsequent rules of Supreme Court Rule 132.

According to the divorce lawyer, “Depositions allow for broader questioning than would be allowed at trial. The point of a discovery deposition is two-fold: to discover new information and to secure an official answer from the deponent in order to ensure that answer will not change at trial.”

Lastly, attorney Russell Knight emphasizes the importance of having a skilled divorce attorney when dealing with divorce matters. Having an experienced lawyer may be able to help the client understand their rights and receive a favorable outcome in the case.