Savannah, Georgia based The Brown Firm has reissued their advisory regarding the subject of car accidents associated with the use of marijuana. This advisory follows on the heels of a 6% rise in highway crashes in four states, each of which have legalized the recreational use of marijuana.

Harry Brown Jr, Managing Partner of The Brown Firm, states, “Behind alcohol, marijuana is the drug most frequently detected in tests of drivers who have been involved in car crashes. This falls under the category of impaired driving and carries significant penalties for drivers who are stopped and tested. Those who think that they are safe because they don’t drink much, if any, and use marijuana for medicinal or recreational usage can find themselves facing serious charges even if they have not been involved in an accident. Marijuana affects the skills drivers need to travel safely, slowing down both reaction time as well as impairing judgment of time and distance. The best advice is to have a sober, clean and safe driver at the wheel rather than risk lives. If you are caught up in such a situation, whether you are the driver or another party injured as a result of the accident, ensure you speak with an experienced advocate, such as an attorney from our firm. They have the experience you need to ensure your rights are protected.”

Even a moderate dose of marijuana can impair driving performance, making it more difficult to control the coordination of movements and, therefore, the trajectory of the vehicle. Impaired judgement leads many drivers to believe they have the situation under control, at least until the time they hit something or are stopped for testing—which can be administered on the side of the road or carried out more extensively at the police station. In these situations, choosing to call the best car accident lawyer in Savannah is the wisest course of action anyone can take.

Brown continues, “Although THC, the chemical in marijuana that generates the euphoria users crave, can linger in the brain, it breaks down in the blood very quickly. Mixing alcohol and marijuana use simply heightens the risk of an accident, however, because alcohol may increase the THC levels of cannabis. This makes it more likely that anyone who has mixed alcohol and marijuana before getting behind the wheel will then be the one responsible for an accident. Currently, nearly two-thirds of states in the US have legalized the medicinal and recreational use of marijuana. As a result, we expect the number of such cases to rise going forward as well, placing lives and livelihoods in danger. If you have been injured in an accident caused by a drug-impaired driver, we can help you get the compensation you deserve.” THC is also known as Tetrahydrocannabinol.

To help educate the public, The Brown Firm often publishes informative articles on life-changing situations, and these articles have been published around the globe by leading online news sites like USA Today, NBC franchises, Digital Journal, Street Insider and many more. For instance, they recently published an article helping anyone caught up in an accident to identify whether or not they have suffered whiplash as a result. This has proven to be a popular article among their readers.

Those who wish to find out more may follow The Brown Firm on Facebook, where the firm regularly shares news, announcements and feedback from their clients as well as highlights of their blog posts. A recent 5-Star review on the Google platform from Meagan Nesbitt says, “Really nice and caring people, kept me updated throughout the entire process. This was my first time needing a lawyer, and they exceeded all my expectations. Would definitely recommend them.”

Members of the community who require the services of a Savannah car accident lawyer are advised to seek help from The Brown Firm, which has the experience and resources needed to protect their clients’ rights. Those in need of urgent assistance are advised to direct their inquiries to Harry Brown Jr. or one of his colleagues. Additional news about The Brown Firm can be found online on their official websites and other sources. 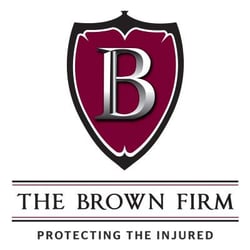 About The Brown Firm - Savannah:

Our Georgia personal injury attorneys with offices in Savannah, Atlanta, and Athens aggressively negotiate and litigate on the behalf of our clients’, pursuing their rights to maximum compensation for their injuries.