The Telegraph Suggests Diagnosis of Postprandial Syncope May Be Overlooked 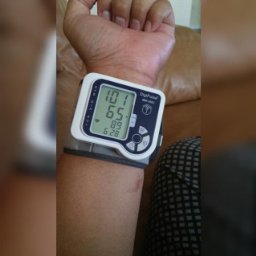 Dr. James Le Fanu has an informative column that is featured on the Telegraph website. This column highlights answers to health questions every Friday on the Wellbeing/Health advice section of the website. Recently the column featured a question on postprandial syncope attacks.

The questioner who called herself “Beryl M.” observed that her husband had three syncopal attacks following their evening meal. The lady mentioned that she had worked in the cardiology department for 30 years before retiring but to watch the episodes firsthand were terrifying.

According to the advice column Beryl’s husband had stopped breathing and appeared to be choking and it took some time to revive him. He was then taken to the General Practitioner who later sent him for investigations in the cardiology unit.

Beryl noted that she had a blood pressure monitor and decided to monitor her husband before and after meals. She was astonished to find that about half an hour after meals her husband’s systolic reading had dropped by between 30 mm and 50 mm. Dr. Le Fanu stated that it was a very important observation since “there may be a considerable delay in the fall in blood pressure - which probably accounts for why the diagnosis of postprandial syncope is frequently overlooked.”

“We saw the column in the Telegraph featuring advice from Dr. Le Fanu. It is important to note that the questioner realized the problem in her husband while monitoring blood pressure. Our blood pressure monitor is ideally suited for this form of monitoring. It has adjustable cuffs, takes test results accurately and displays the results in a large readable font,” commented a spokesperson from Just-Brill.

Just-Brill has recently released this DigiPulse blood pressure monitor for online shoppers on the Amazon marketplace. The product is sold exclusively online for a price below $35 which is a 56% discount from the listed price.

Just-Brill is a leading seller in Amazon.com, and is a sought after company by everybody who wants only high quality items.

May 06, 2016 – Blood Pressure Monitor Seen As A Good Method Of Monitoring For Hypertension