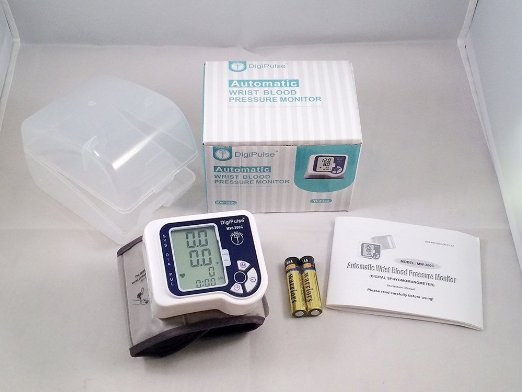 Cronkite News is a website that acts as a news hub for Arizona. The website recently featured a report about the local barbershop in the state called AGeez Hair Center utilizing blood pressure monitoring as part of their service. Just-Brill, the manufacturers of the DigiPulse Blood Pressure Monitor stated that the idea was a novel one to promote wellness.

According to the article, the owner of the barbershop, Anthony Gathers, was approached by representatives from the American Heart Association (AHA) several years ago to install blood pressure monitors in their two locations in Chandler and Phoenix. The idea was to use the general meeting place of a barbershop to serve as a testing spot for signs of hypertension.

The barbershop facilitated mostly African American males in the establishment. With the African American male population suffering from heart disease at a higher rate than other demographics, the representatives from the AHA felt the idea was a good one to let men check for high blood pressure and learn about healthier living. Hypertension is one condition that can lead to heart disease.

The article also quoted a health literacy investigator from the Southwest Interdisciplinary Research Center named Olga Davis as stating that “in our state, we have found that a history of hypertension in African American men also raised their mortality rate more than any other minority population,” which made the initiative even more important.

A representative from Just-Brill remarked, “we saw with great interest the article on Cronkite News and feel the project at the barbershops is a timely initiative. Our blood pressure monitor similarly track systolic and diastolic pressure which are indicators of high blood pressure. The monitor is guaranteed to give accurate readings while operating quietly due to the super low noise air pump.”

The Just-Brill DigiPulse Blood Pressure Monitor is sold exclusively to online shoppers on the Amazon portal. The blood pressure monitor is sold for a reasonable price below $35 and is backed by a lifetime guarantee.

Just-Brill is a leading seller in Amazon.com, and is a sought after company by everybody who wants only high quality items.

May 09, 2016 – The Telegraph Suggests Diagnosis of Postprandial Syncope May Be Overlooked