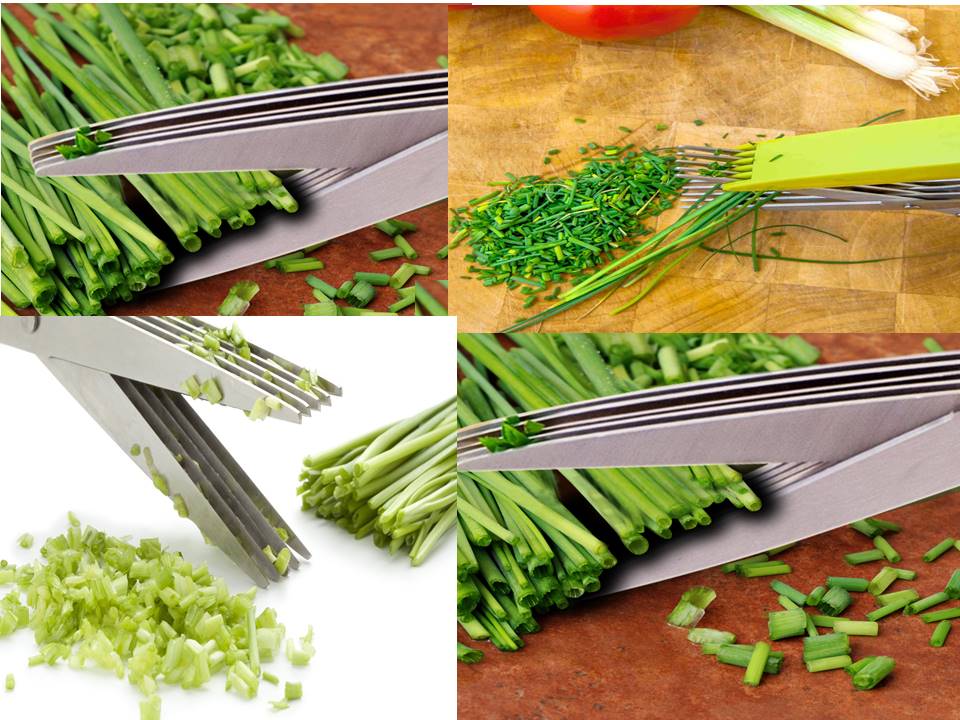 Purcellville, VA - Jenaluca has released their product called Stainless Steel Herb Scissors to much appreciation from online shoppers. The kitchen gadget is offered on the giant marketplace Amazon. One review site named OfferUse.com featured the product recently and described it as a multipurpose kitchen shear.

According to the review site, much hassle is minimized when the gadget is taken into the kitchen. This is due to the five sharp, finely balanced blades that when used equate to ten knife chops.

OfferUse.com further remarked that the herb scissors were good to “snip herbs in perfectly sized pieces right onto plates and pans.” This produces results similar to the finest restaurants. According to the review site, users can easily impress their family and friends when utilizing the kitchen tool. This is because meals would be garnished well and taste better.

The herb scissors can assist in the preparation of a variety of herbs. These include basil, dill, parsley, rosemary, chives, mint and cilantro. The kitchen tool also works well to cut and chop vegetables such as onions and mushrooms. According to the review site, the kitchen gadget can even help in the preparation of deli meat and dried fruit. The scissors is capable of cutting up, shredding and chopping a variety of different food making it a well needed tool in the kitchen.

According to OfferUse.com aside from getting great results in the kitchen the user acquires a multipurpose function for school, the office and home. The sharp blades work well to cut just about anything creatively. The scissors can assist children in arts and crafts projects. The review site mentioned it was capable of shredding fabric of cutting paper.

A spokesperson from Jenaluca remarked, “the review site OfferUse.com has created a great look at our herb scissors featuring the multipurpose benefits of the product. The sharp blade is good for not only snipping herbs and other food items in the kitchen but also to engage in arts and crafts projects.”

A commentator on the site stated that the herb scissors were “a great asset to any kitchen, or cook, especially those of you like myself who enjoy providing fresh, healthy meals for your family with as little work as possible. The Jenaluca Herb Scissors easily saved me 20 minutes in just the first time using them.”

The Jenaluca Herb Scissors is sold exclusively on the online shopping portal Amazon. It is offered for online customers at an affordable price below $15.