One of Chicago’s most beloved and highly rated full-service plumbing companies, Rocket Plumbing Chicago, is celebrating its 10th anniversary in September. The company’s President Brian McMahon is urging Windy City residents to find out more about its range of high-quality plumbing services which he believes is the reason behind its longevity. 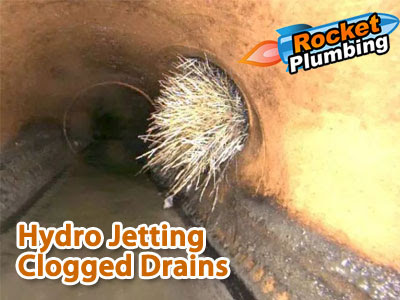 Brian McMahon started working as a plumber in the Chicago Metropolitan area in 1997. Almost a year later, he joined the plumbers’ union, and about 5 years after that, he earned his Chicago plumbers license in 2003. He then went on to work for some of the largest and most established commercial plumbing firms in the Chicagoland area. That was a front row seat to the daily grind of local business entrepreneurship, and after spending 10 years in the plumbers’ union, he ventured out on his own and started working in new construction and remodeling.

Finally, a few years later, with years of commercial experience under his belt, he switched his focus to building a thriving company in the plumbing services industry. Rocket Plumbing started operations in September 2012 and has since then amassed a repeat customer base of over 10,000 homeowners and commercial clients in Cook and DuPage County. The company’s services are greatly appreciated by its customers as is evident in the impressive 4.6 out of 5.0 rating from almost 130 reviews on its Google My Business profile and the similarly high rating of 4.5 out of 5.0 from almost 560 reviews on Yelp.

In late 2021, the company moved to a new location within Chicago as it needed to accommodate new infrastructure demands to better serve larger commercial projects throughout the city. The company’s move to its latest location was covered in a press release which can be read at: https://www.pressadvantage.com/story/48475-chicago-plumber-expands-services-with-move-to-new-location.

Over the years, Rocket Plumbing has placed a priority on being on the cutting edge of technology in his field, bringing new solutions to the community. Brian himself has even been featured on NBC 5 news, the Today show, and many other media outlets where he is cited for his in-depth plumbing expertise. The company has also expanded its reach and now has 3 locations across the country – Chicago, Naperville, and Los Angeles.

As a first-generation Irish American and youngest of 9 siblings, Brian says of this milestone "Rocket Plumbing wants to thank all our plumbing customers for giving us a chance to be one of Chicago’s most trusted plumbers, earning their business over the past decade. We approached our industry with an interest in bringing better technology to the plumbing repairs we see every day than what our competition offers. Better 'Plumbing science', so to speak. It's paid off in better, longer lasting repairs to their homes and businesses. We will certainly follow that formula to preserve that earned trust in the next 10 years.”

Readers searching online for “Plumber Near Me” in Chicago can contact Rocket Plumbing at (773) 299-1600.

Rocket Plumbing Chicago is trusted for its professional emergency plumbing services. The team of highly trained, attentive, certified plumbers is ready to listen to any situation and duly schedule an appointment for immediate assistance.

November 13, 2021 – Plumber Company Releases New Video That Demonstrates How Homes Can Save Money With Their Cast Iron Pipe Descaling Method

June 17, 2021 – Chicago Plumber Announces They Have Surpassed the 500-Review Milestone