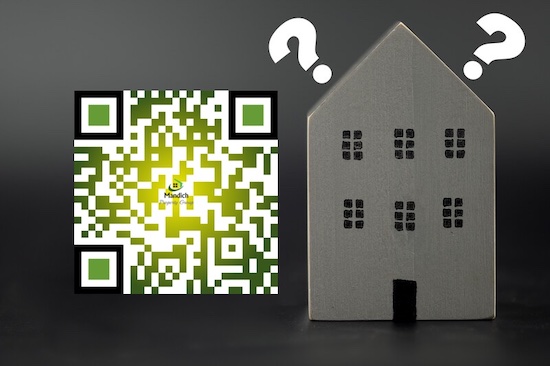 Mandich Property Group, based in Marietta, GA, has shared a new update on the housing market in Atlanta on their official website. According to the firm, it is commonly acknowledged that the Atlanta housing market has been on fire for the last two years, most likely due to historically low mortgage rates and the coronavirus. Many residents left heavily populated areas for the less dense suburbs. Homeowners were refusing to sell their properties, and new construction was down due to a lack of labor, all leading to a shortage of homes, new and existing alike.

The most prominent issue that the firm discusses in their update is what this means for the 2022 market. One aspect is that home sales are on a decline. Two significant factors are slowing home sales right now; the first is rising interest rates and the second is that more homes are coming to market. This indicates that the sellers’ market is turning more to buyers’, or at least becoming a more stable, normal real estate market. Kam Williams recently stated this in Atlanta Magazine. “The days of having a listing come on at 5 o’clock, and having to see it by 5:05, and having 40 offers on one property — we’re not having that anymore,” she says. “Now, buyers are a bit relieved. If they see something, they don’t have to run out in the next two seconds.”

This leads to the next question in the market update that has a lot of people concerned: Is the market headed for a crash? Many are worried about another crash like that of ’08. In fact, Google trends show that more users are searching for the term ‘housing crash’ and similar terms more than at any time since ’07. The news can also sound rather grim, the firm comments, but the market data fortunately does not support such conclusions. Some experts are actually predicting a housing market correction. The housing crash of ’08 was due to banks’ loose lending standards and an overabundance of homes. Banks are not giving out the risky loans they did years ago, and foreclosures still remain low. Housing inventory still remains critically low overall. However, metro Atlanta’s housing inventory rose to its highest level since September 2020. This gives more proof things are turning in favor of buyers. It is likely that the community will soon be seeing a return to a normal market.

Some prospective purchasers are really struggling because of rising borrowing rates. The cost of housing is still very expensive. Atlanta's typical home price is above $400,000. This price alone is discouraging many young and first-time homebuyers, and the problem is only made worse by rising mortgage rates. For instance, a $300,000 house would see an increase in monthly payments of more than $350.00 if the fixed rate increased by 2% (from 3.5% to 5.5%). With less inventory and competition from other bidders for the same property, this should, in principle, have an impact on buyers at the lower end of the market. Mandich Property Group believes trends will continue to slow down, especially if interest rates continue to rise. Rising interest rates are the only hedge the Fed has against inflation. Prices will continue to rise due to the exceptionally low supply of homes for sale, but there will be a modest correction since some sellers are already lowering their asking prices.

One of the most reputable businesses in the neighborhood, the firm offers reasonable prices, prompt closing times and flexible terms. They state that in order to combat the lack of options on the market, they would intensify their efforts to deliver a prompt and dependable service in the months to come. When selling a house in Atlanta, they are among the top considerations for a partner due to their knowledge and reliability. To follow up on any questions and find out more about how the company buys houses in Atlanta, interested parties can get in touch with the company via phone or email. Their website and social media networks also offer more resources and information.

We buy houses fast and pay with cash for fast closings. We are local to Atlanta and a family run business. If you need to sell your house fast and want the entire process stress and hassle free, we are the people to contact.

December 28, 2022 – Mandich Property Group Explains What to Do When Selling a Home Without Realtor

December 09, 2022 – Mandich Property Group Explains What Sellers Need to do to Sell a Home Quickly in Georgia

November 29, 2022 – Mandich Property Group Answers the Question If Homeowners Should Sell House As Is

November 09, 2022 – Mandich Property Group Is Guiding Georgia Homeowners on Selling a Home Without an Agent