True Potential Chiropractic, a chiropractic and massage therapy clinic in Beaverton, OR, has recently published a blog post that explains carpal tunnel syndrome surgery (CTS) risks and the possible alternative treatments. CTS is a painful condition of the hand and wrist resulting from compression of the median nerve. This compression is sue to inflammation resulting from repetitive use or an unknown medical condition or injury. There are short-term treatments for CTS, such as pain medications and physical therapy, but ultimately, wrist surgery is done for 71 percent of the cases with the symptoms not improving significantly. They also would like to point out that when in need of an auto injury chiropractor Beaverton residents can also go to True Potential Chiropractic.

Carpal tunnel release (CTR) surgery is the most common procedure provided by hand surgeons and failures and complications have been reported to happen in three to 25 percent of cases, with up to 12 percent requiring a surgery. CTR may also result into hand paralysis, blood vessel damage, or nerve damage. A review of studies about the surgery success rates has discovered that the fail rate of carpal tunnel syndrome surgery is more than 50 percent. One study in the review had even noted that CTR was not necessary in many cases where conservative treatments would have been more than or at least as successful as surgery. Furthermore, rehabilitation from CTR requires a long process of physical therapy. While some patients reported initial improvement after the procedure, there is a significant lack of long-term studies. And anecdotal reviews even indicate that many patients suffered a recurrence of CTS after just two years. 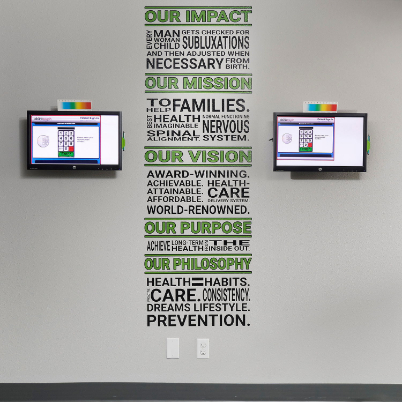 Chiropractic care provides a more conservative and less invasive method for the treatment of CTS. This is done by adjusting the wrist, spine, and elbow of the patient. And most CTS patients have reported substantial improvement in pain reduction, finger sensation, and range of motion after a series of chiropractic sessions. It has been observed that chiropractic care can alleviate the symptoms of CTS without the risks that come with invasive surgery. Treatment may include wrist mobilization and adjustments to decrease the pressure on the median nerve. The chiropractor may also suggest some stretches and exercises for improving the range of motion of the hands and wrists. It was also observed that chiropractic adjustments to cervical spine, wrist, and elbow resulted in increased grip strength and symptoms gone in four weeks.

Started in 2013, True Potential Chiropractic offers lifestyle care to everyone, especially for family members. This chiropractic clinic has gradually developed into one of the leading providers of family corrective care Beaverton residents can depend on. Dr. Bryen Bell, who established the clinic, is focused on providing non-drug solutions as the key option in offering health care. He and his family had moved to the Pacific Northwest during the summer of 2013 and it was shortly after that Dr. Bell initiated a fully computerized and advanced corrective care family wellness center in Beaverton, Oregon. This is a family and sports rehab chiropractic practice that helps patients get better health and wellness, by focusing on maintenance and prevention, instead of only providing treatment after a health issue has already occurred, such as disease, disability, or pain. His philosophy is based on the six laws of the human body, which are: exercise, alignment, diet, stress management, mindset, and rest. Dr. Bell received his BS degree in human biology and chiropractic degree (D.C.) from the Cleveland Chiropractic College in Los Angeles, California.

True Potential Chiropractic is an award winning wellness center located in Beaverton OR. TPC is able to assist from prenatal to adults with their pain relief, personal injury and corrective care. Bodywork, stretch and chiropractic therapy is available.

June 27, 2022 – Chiropractor Near Me in Beaverton Explains How to Treat a Lower Back Herniated Disc Without Medications or Surgery