Monkeypox has been spreading around the world and has already infected over 21,000 people with more than 4,900 being in the U.S. Experts in the healthcare sector have said that there is an effective monkey pox treatment in the U.S. but the process of getting the cure is making it hard for prople to get treated. 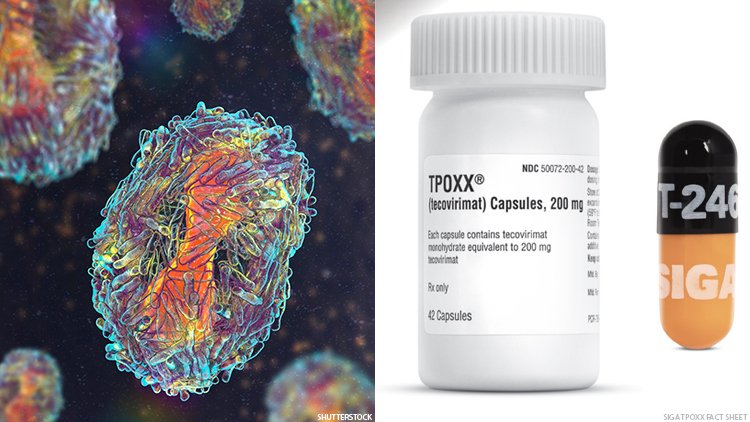 According to a blog on Meetpositives.com, "There have been over 21,000 confirmed monkeypox cases in the world and this includes over 4,900 in the U.S. For decades, this virus has been infecting people in the west and central Africa but started circulating abroad recently. In most cases, the virus infection is primarily spreading among men who have sex with other men. Monkeypox spreads through close skin contact including when engaging in sexual activities. Once infected, the virus causes blister-like lesions that are painful and often appear on the genitals and anus. The infected person might develop flulike symptoms in some cases. According to the World Health Organization, there have been at least 5 deaths from monkeypox."

On matters relating to the treatment, the Meetpositives blog states that, "There is an antiviral drug that has already been approved by the FDA for the treatment of smallpox and it has been found to be an effective monkeypox treatment which is related to smallpox. Tecovirimat, also known as TPOXX is only supplied by the Strategic National Stockpile in the US and the CDC requires an investigational new drug (IND) application from healthcare givers to give access. There are critics that have pointed out that the TPOXX IND application process is not easy even though the drug has been tested and found to be an effective monkeypox treatment."

James Krellenstein, a gay rights activist has said, “The TPOXX issues, from a scientific perspective, make zero sense. TPOXX was approved on animal data [for monkeypox], you can’t prescribe [the] drug … for monkeypox because the FDA label says, ‘Only smallpox'.”

Experts are pushing for the governement to make the treatment available to arrest the situation early enough and prevent the infection from becoming an endemic worldwide.

August 11, 2022 – Meet Positives Is Inviting STD Singles From Georgia Who Want To Start Dating To Sign Up

August 11, 2022 – Meet Positives Reminds Its Users To Be Safe While Seeking Love Online