Bronx divorce lawyer Juan Luciano releases a new article (https://divorcelawfirmnyc.com/does-new-york-recognize-common-law-marriage/) about common-law marital arrangements and whether or not they are recognized in New York. Common-law marriages can be legally recognized in certain states, the lawyer said. Common-law marital status usually means that two people have committed to a relationship without having to go through formalities such as a marriage license or ceremony.

"Even in common law states, those who have lived together for many years, even if they share children and have decided to share a surname, are not legally recognized as "married" under common law unless they have met certain requirements. In most cases, a marriage is considered a legal common law marriage only if both partners agree to and behave as if they are married," says that Bronx divorce lawyer. 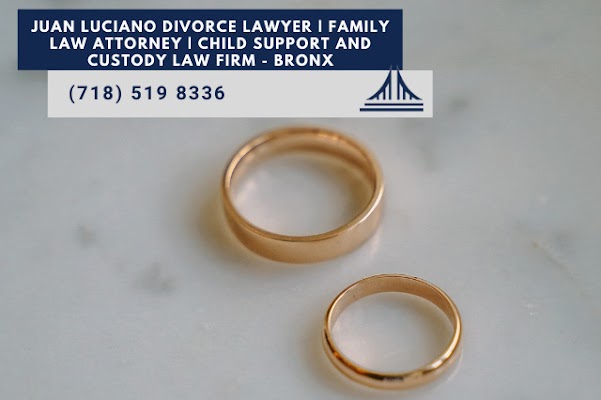 The lawyer explains that New York abolished common-law marriages in 1933. A marriage that was made in common-law states will still be considered legal in New York. For New York to recognize a couple's legal marriage, they must have been married in a common-law relationship under the laws of that state.

Attorney Juan Luciano states that there are specific requirements under New York Law in order to marry legally. These requirements include that both individuals must be over the age of 18. If one of the couples is 16 or 17 years old, there must be parental consent. Those who are 14 and 15-year-olds may marry if they have both parental consent and the authorization of a judge.

In order to get married in New York, the person must not be married to someone else. It is not permissible to marry a family member. The last requirement is that the person has purchased a marriage license and waited for 24 hours. An emergency may allow the 24-hour waiting period to be waived.

Lastly, the divorce lawyer emphasizes the importance of knowing the rules for common-law marriages before entering one. Since it is not recognized in New York, the couple has the option to live in a different state or get married instead.

Juan Luciano has spent his career in the complex legal world of family law. He has earned a reputation for excellence at the negotiation table as well as when in court. He is also fluent in Spanish. Contact them today at (718) 519-8336 to set up an appointment for a consultation with NYC spousal support lawyer Juan Luciano.