Costa Mesa, CA – These days, one can pick up a phone and have just about anything one wants delivered right to one's home, from restaurant meals to household supplies. In Hollywood, California, some customers have even bought home-delivered illicit drugs as conveniently as they ordered up a plate of pasta or a pair of new shoes. But authorities are warning that home-delivered drugs can come with a devastating bonus: arrest and even fatal overdose.

Resurgence Behavioral Health, an addiction treatment center in Costa Mesa, is urging drug users to avoid this dangerous service, noting that at least one person was found dead in his home after ordering drugs by phone. His alleged dealer had a team of drivers available to make deliveries. 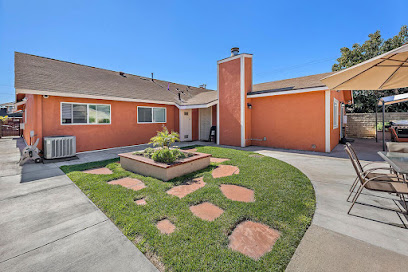 Investigators say the man had purchased cocaine and oxycodone by phone from the suspected drug dealer, who offered an extensive menu of substances that included acid, ecstasy, mushrooms, and several other drugs. Like any meal or shopping service, the dealer added on a delivery fee.

The customer was found dead on his kitchen floor the next morning. He had apparently overdosed on the drugs, which officials said were laced with fentanyl.

The victim’s death led to an extensive federal investigation uncovering the drug-delivery service, which the alleged dealer was accused of running from her Hollywood apartment. Their job was made a little easier by the long trail of evidence she had allegedly left: money collected via cash apps, records stored on laptops and cellphones.

The alleged delivery customer was one of more than 100,000 Americans who died of drug overdoses in the year ending in April 2021 – a record high number – according to data from the U.S. Centers for Disease Control and Prevention. His apparent death from fentanyl was a tragic ending that is all too common for drug users. Dealers often add fentanyl to counterfeit prescription drugs because it’s cheap and easy to obtain. But it packs a powerful high that is many times more potent than morphine. Many users aren’t aware the drugs they are taking contain fentanyl and therefore don’t adjust the dosage accordingly. The drug is blamed for a large share of the record number of fatal overdoses in recent years. According to the U.S. Drug Enforcement Administration, many of these pills are manufactured in Mexico and imported to the U.S.

The Hollywood case is part of a new twist in the drug trade. According to Interpol, the lockdowns required by the COVID-19 pandemic led many criminals to use food delivery services to cover their activities delivering drugs and other illegal goods. The international police agency said it had received reports from police in Ireland, Malaysia, Spain, and Britain that food delivery drivers were actually delivering drugs such as cocaine, marijuana, ketamine, and ecstasy.

Police in Spain arrested seven people for using bicycles, motorcycles, and cars to allegedly deliver marijuana, cocaine, and other drugs, which they concealed in official meal-delivery backpacks

In Ireland, police recovered 17 pounds of cocaine and two handguns in pizza boxes.

No reports have surfaced of the European drug cases leading to fatal overdoses, but the drug crisis is not limited to the U.S. so it’s likely that home-delivery customers have not escaped the risk.

When isolated at home, it’s tempting to simply pick up the phone and call someone who can bring chemical comfort. Instead, contact Resurgence Behavioral Health or call 855-458-0050 to learn more and begin the process of recovery.