Long Island criminal defense lawyer Jason Bassett releases a new article (https://jbassettlaw.com/what-is-resisting-arrest/) explaining resisting arrest and its consequences in New York. The lawyer mentions that resisting an arrest is a crime in the state of New York. Even if the individual being arrested did not commit the accused crime, resisting the arrest can mean that they will be charged with resisting arrest as a separate crime.

“Under New York penal law 205.30, you can be found guilty of resisting arrest if you intentionally prevent or attempt to prevent a police officer or peace officer from effecting an authorized arrest of yourself or of another person. Even when you did not commit the crime you are being arrested for, resisting arrest on its own is a crime in New York,” says the Long Island criminal defense lawyer. 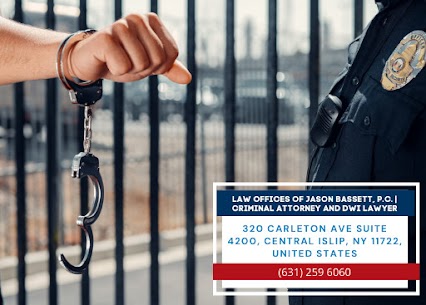 The lawyer explains that a person does not have to do much for an officer to charge them with resisting arrest. Any individual has the right to verbally object to an arrest if it is not a forceful verbal objection. However, physical action or refusal to do what the officer says can be considered resistance.

Attorney Jason Bassett adds that any physical movement may be considered resistance even if the person being arrested did not intend it to be. A law enforcement officer is allowed to arrest and charge that person for the suspected crime as well as the resistance charge. Usually, the best option would be to cooperate with the officer and ensure that none of the person’s actions will be misinterpreted.

In the article, attorney Bassett lists the penalties for resisting an arrest. These penalties include being incarcerated for up to 364 days in jail, probation for 2 to 3 years, and fines of up to $1000 dollars.

About Jason Bassett Criminal Attorney
Jason Bassett, Esq. has dedicated his practice to defending the rights of those who are accused of criminal offenses. He puts his unique perspective as a former prosecutor to work and provides the best legal assistance he can give to his clients. Mr. Bassett brings a unique combination of skill, experience, and zealous advocacy to provide his clients with the best possible outcomes. Contact him today to schedule a consultation.