Los Angeles, CA – One bright spot in the opioid crisis is the availability of NARCAN®, a drug that has reversed potentially fatal overdoses for countless drug users in distress. Health officials in Los Angeles County are now giving out 50,000 free packs of the lifesaving medication. Muse Treatment, an addiction treatment center in Los Angeles, welcomes the city's use of this tactic to step up the fight against the overdose tragedy.

NARCAN® is the brand-name version of naloxone, which is approved by the U.S. Food and Drug Administration for emergency treatment of opioid overdose. When administered as soon as overdose symptoms appear, it reverses the effects of opioids such as heroin, morphine, oxycodone, and Fentanyl which lead to death by interfering with the brain receptors that control breathing. Naloxone is an opioid antagonist, which means that it binds to opioid receptors and reverses the drug’s effects so the user can breathe again. NARCAN® is a nasal spray; the generic naloxone can also be administered by injection. 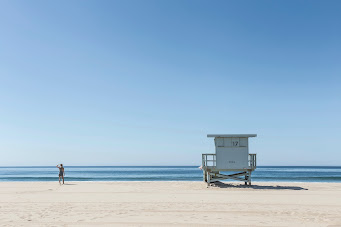 Naloxone was invented decades ago, but until recently, it was primarily used in emergency rooms and ambulances. As the opioid crisis worsened at the turn of the millennium, it became available through syringe exchanges and other community programs offering harm reduction programs for drug users.

As far back as 2018, then-U.S. Surgeon General Jerome M. Adams issued an advisory urging people at elevated risk of opioid overdose – or who were close to someone at high risk – to talk with their physicians or pharmacists about obtaining naloxone. He also urged them to learn the signs of opioid overdose, such as pinpoint pupils, slowed breathing, or loss of consciousness.

Then came the COVID-19 pandemic, which raised the stakes in the opioid crisis. The stress, uncertainty, and social isolation of the pandemic have been blamed in part for the alarming spike in overdose deaths. According to the U.S. Centers for Disease Control and Prevention, nearly 247,000 people died from opioid-involved overdoses between 1999 and 2019. In 2021, the overdose rate rose to 104,000 people, the most ever reported in a single year. About three-quarters were related to fentanyl, a synthetic opioid 100 times more potent than morphine.

Naloxone has been a crucial weapon in the fight against overdose fatalities. It is carried by emergency medical teams to save lives. But as overdose numbers rise, rescuers often have trouble keeping the medication in stock. They also face resistance from opponents who claim the availability of naloxone just makes it easier for users to take risks and keep using drugs.

But with skyrocketing opioid-related deaths, several states have recognized the crisis and passed laws allowing naloxone to be more readily available. For example, the California Department of Health Care Services has supplied about 1 million units to hospitals, government agencies, and community groups to the tune of about $72 million in the past four years.

Los Angeles County is pushing aside resistance and making more naloxone available. Department of Health Services teams have handed out 50,000 boxes of NARCAN® throughout the city, including homeless camps. With each pack containing two doses, that’s 100,000 doses of the lifesaving drug.

The medication is also available in vending machines outside jails, a troubling source of opioid-related overdoses. Of the people who died after release from Los Angeles County jails, almost half died from opioid overdoses, health officials say.

The new program has relieved community health groups of the need to ration their NARCAN® supplies. They can now administer it as needed without worrying about running out of medication before they run out of demand.