Chicago divorce lawyer Russell Knight releases a new article (https://rdklegal.com/what-are-the-different-types-of-child-custody-in-illinois/) that explains the different types of child custody in Illinois. The lawyer mentions that there are a lot of references to different types of child custody - sole custody, joint custody, and physical custody among others. In Illinois, child custody is something that cannot be put into a single box. This is why the Illinois legislature crossed the word “custody” entirely out of the Illinois Marriage and Dissolution of Marriage Act. 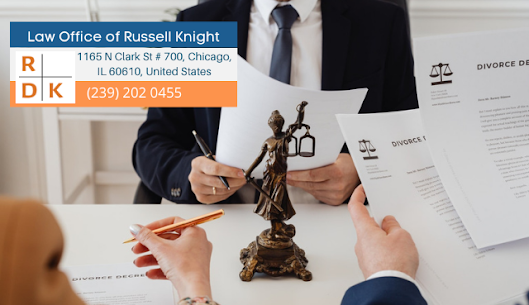 In the article, attorney Knight also explains that sole custody is quite complicated in Illinois. If a parent wants to limit their child’s exposure to the other parent, there must be some serious allegations that they can prove. In order to remove a parent from a child’s life, there must be some kind of abuse involved.

According to the divorce lawyer, “Realistically, anytime you have your children with you have effective sole custody so long as the decision doesn’t involve one of the big four factors: education, health, religion, or extracurricular activities. When your kids are with you, you are, effectively, the only parent.”

Lastly, attorney Russell Knight emphasizes the importance of having a skilled divorce attorney when dealing with divorce matters. Having an experienced lawyer may be able to help the client understand their rights and receive a favorable outcome in the case.