Suffolk County criminal defense lawyer Jason Bassett releases a new article (https://jbassettlaw.com/when-does-the-prosecutor-generally-offer-a-plea-deal-in-a-criminal-case/) explaining the meaning of a plea deal in a criminal case in New York and when it is offered. The lawyer mentions that the offer of a plea bargain usually comes at just about any time during a criminal case. However, many prosecutors are not well-versed with the case early in the case so most plea bargains are made after some time has passed.

“There is something of a myth that goes around: some people believe that a prosecutor always makes 3 offers. I don’t know why 3 has become the magic number, but there is no such requirement. Sometimes multiple offers are made, sometimes they make only one offer and stick with it, and occasionally there’s no offer given,” says the Suffolk County criminal defense lawyer. 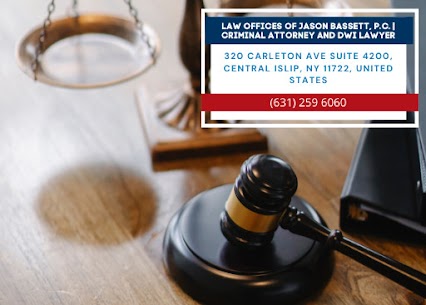 The lawyer explains that the first thing that is considered in determining whether to accept a plea deal or not is the likelihood of a conviction. The defendant’s criminal record will also be considered. Since past criminal convictions may be used against a defendant to increase the possible sentence they may face.

Attorney Jason Bassett adds that there is a phenomenon that’s been referred to as the “Trial Penalty”. The “Trial Penalty” is the idea that people are punished so much more severely after trial than what they would have received had they pled guilty that they are virtually coerced into pleading guilty.

In the article, attorney Bassett adds that a plea bargain’s lure is that the defendant is going to be offered less than the maximum penalty than if they were to go to trial. This is why it is very important to have a skilled criminal defense attorney. Having a defense attorney may be able to help the defendant make guided choices whether to accept the plea deal or not.

Furthermore, the criminal defense attorney also outlines the trial process of a criminal case in New York. He discusses the differences between a state court and a federal court. The article also included the details of what will happen during the trial up to the end.

Lastly, the lawyer emphasizes the importance of having a skilled defense attorney when facing criminal charges in Suffolk County and on Long Island. Having an experienced attorney may be able to help the client understand their rights and responsibilities in the case and hopefully help them protect their freedom.

Attorney Jason Bassett has over 21 years of experience in working with the law. He has dedicated his work to those who are accused of state crimes and federal crimes. He may also be able to help people who may require the help of an experienced criminal lawyer. Attorney Bassett brings his experience and skills to ensure that his clients receive the best possible outcomes for their cases. To schedule a consultation, call (631) 259-6060.