“Domestic violence can be emotionally and physically volatile and dangerous, with the implications for great harm well understood. Unfortunately, over the years it also became apparent that victim accounts could not always be relied upon, with many victims retracting their accusations at the end. They did this for various reasons, often unknown, whether they felt some sense of obligation to the perpetrator, or felt trapped by the circumstances, or even by a sense of love. In many cases, however, the call was a false accusation,” says the Suffolk County domestic violence lawyer. 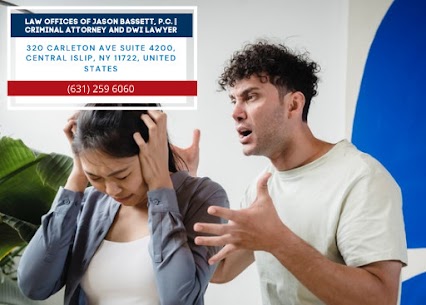 Attorney Jason Bassett explains that in the case of false accusations, mandatory arrests could create a whole bunch of problems for the defendant, even if the victim retracts the statement later. An accuser usually doesn’t see the consequences of charging someone with domestic violence until it’s too late.

In the article, attorney Bassett says that there can be exceptions to mandatory arrests for domestic violence cases. If both parties have a history of committing misdemeanor offenses, the police may want more evidence of a violent act. These pieces of evidence include the seriousness of the injuries, threats of harming the other party, and a prior history of domestic abuse.

Lastly, attorney Bassett emphasizes the importance of having a skilled defense lawyer when facing domestic violence charges or accusations. An experienced lawyer may be able to help the defendant understand their rights and protect their freedom.

Attorney Jason Bassett has over 21 years of experience in working with the law. He has dedicated his work to those who are accused of state crimes and federal crimes. He may also be able to help people who may require the help of an experienced criminal lawyer. Attorney Bassett brings his experience and skills to ensure that his clients receive the best possible outcomes for their cases.