Long Island domestic violence lawyer Jason Bassett releases a new article (https://jbassettlaw.com/why-would-a-domestic-violence-case-be-dismissed-in-new-york/) that explains how a domestic violence case may be dismissed in New York. The lawyer mentions that domestic violence is considered a serious crime in New York and police are required to make a mandatory arrest if they have probable cause to believe that violence has taken place. 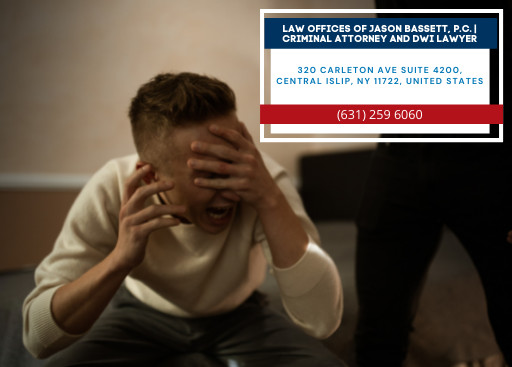 The lawyer explains that because domestic violence is a criminal offense, only the state will be able to dismiss the charge. The accuser, even though they have a vital role in the case, have no authority to get the charges dropped or dismissed after they have been filed.

Attorney Jason Bassett also says that some accusers may have a history of making accusations in the heat of the moment. Later on, these accusations may be proven to be false or the accuser may admit that the accusations were false. Having a good domestic violence lawyer may be able to help investigate if the accuser has a history of false allegations.

In the article, attorney Bassett enumerates the cases wherein a domestic violence case may be dismissed. These cases include that there is a lack of evidence, the accuser has a history of false accusations, the accuser is not cooperating with the prosecution, and the accuser recants their story.

Furthermore, the domestic violence lawyer explains that an accuser can recant their statement. The accuser may not be able to drop the charges, but admitting that they were lying may be able to help the accused have the charges dropped against them. The state may still prosecute the defendant but if there is no supporting evidence, they may be able to dismiss the case.

Lastly, attorney Bassett emphasizes the importance of having a skilled domestic violence lawyer who may be able to help the accused protect their rights and their freedom.