Calgary dispensary Dank Cannabis is going to begin offering delivery for its online shopping options on all marijuana products starting March 8 from its locations in Dover and Ogden.

Recreational marijuana was legalized in Canada when the Federal Cannabis Act came into effect on 17 October 2018. Since then, scores of dispensaries have popped up all over the country offering a bounty of marijuana products for public consumption. However, several key services were still regulated by local laws specific to the country’s various provinces. Factors such as the minimum age for cannabis use, whether citizens are allowed to grow marijuana at home for personal use, whether it can be sold by public or private retailers, permission to run physical stores, the permission to provide online sales, and more were all determined by the local provincial governments.

For example, in Alberta, until recently online sales of cannabis were only permitted by the government-operated entity Alberta Gaming, Liquor, and Cannabis (AGLC). This changed when the Alberta government passed Bill 80, Alberta’s Red Tape Reduction Implementation Act, which necessitated the government retailer to stop making digital sales of marijuana and passed the baton to private licensed retailers who were free to do so using their own eCommerce platforms. This recent development from the local government was covered online in the media by regional publication the Edmonton Star.

The only hurdle that licensed retailers now face is that they will need an endorsement from the AGLC before being able to sell products online and offering delivery services. Though the AGLC is set to lose around $200,000 annually due to the ruling, the government’s move is regarded as a net positive because it is going to spur economic growth as licensed marijuana retailers will now have more agency over how they choose to offer their products.

Dank Cannabis Dispensary, one of Calgary’s premier marijuana products retailers, announced that it will be jumping on the opportunity and begin the sale of marijuana products online through its website on March 8, 2022. The company already has a wide array of cannabis products available such as flower buds, pre-rolls, vapes, concentrates, edibles, drinks, cannabidiols, accessories, seeds, and topicals. The company will now be able to serve its clientele in Calgary by home delivering the choicest products that they have their eyes on through its staff and other delivery contractors.

A spokesperson for the company talks about the new online ordering feature by saying, “Dank Cannabis's Ogden and Dover locations are gearing up for delivery to be run from our online store, serving our customers throughout the surrounding neighborhoods. The passing of Bill 80 is going to be a godsend for all cannabis connoisseurs in the region who enjoy the products offered by the best cannabis dispensary in Calgary, Dank Cannabis. Our customers can plan their entire day knowing that they can stay at home and order their favorite strains and edibles without leaving the couch. You won’t have to make a trip out to the store and ruin your leisure time. Instead, you can focus on making the best of your time spent at home while we do the hard work of bringing the goods you need to liven up your day. We are also focusing on making sure the launch of the online delivery service goes smooth by ensuring that our website is ready to handle the traffic from the many customers who we are sure will flock to it on March 8. So mark that date on your calendar and get ready to enjoy a whole new level of service that you never had access to before in Calgary with Dank Cannabis.” 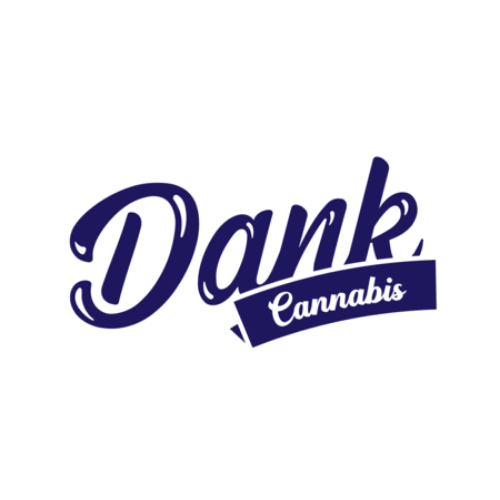 Re-up your cannabis stash at Dank Dispensary in Dover, AB. We've got the dopest selection of fire cannabis strains, tasty edibles, terpy dabs, and more- all you need to have a dank time in a comfortable and stress-free environment.

April 20, 2022 – Dank Cannabis, One Of The Best Cannabis Dispensaries In Calgary, Is Prepping For 420

March 05, 2022 – Cannabis Products Will Soon Be Available Online Via Dispensary In Dover

December 06, 2021 – Cannabis Dispensary in Calgary Sees Its Growth Fueled by a New Location and Unique Vibe