Lane Cove, Sydney, Australia: A survey of more than 30,000 people around Australia, including 10,766 in NSW, found Lane Cove had a liveability score of 76 out of 100, compared to the national average of 68.

The score of 76 made Lane Cove the top rated suburb in Sydney. The 2021 report found Lane Cove Council was given the highest score (76) by its residents for its sustainable urban design, but it was marked down for ease of driving and parking.

“Ease of driving and parking is neither highly valued by the community, when compared to all the other things we need to make liveable neighbourhoods, nor is it a priority,” Ms Legge said.

The survey also found the COVID-19 crisis led people to place more value on nature and access to neighbourhood amenities, but less importance to ease of driving and parking.

"I can see why Lane Cove is rated so highly. As a professional arborist, I do a lot of tree removal in Lane Cove and I'm always impressed by the amenities, parks, and nature throughout the suburb," agrees Abdul, owner of Sydney Tree Company.

For more information about the Liveability Census or to order the 2021 State of Place Report visit the Place Score website at https://www.placescore.org/liveability-census/. 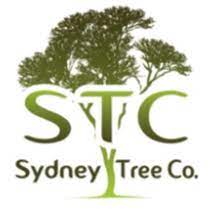