PlanetYX is an NFT project that will be launched on the Cardano blockchain. The curator of the project, Vitaliy Lano, is a true believer in Cardano's ecosystem. PlanetYX is planning to do the alpha testing of a play-to-earn game for its members in Q1 of 2022. The temporary launch was going to happen on the Solana blockchain due to its speed and scalability. However, because of the further development of Cardano and their Hydra update, PlanetYX will be launched on November, 17 of 2021 on Cardano, as originally planned. The PlanetYX team believes that Cardano will be a perfect platform for launching a play-to-earn game next year. At the moment, the PlanetYX discord group is running a daily 5 whitelist spots giveaway until the launch date. 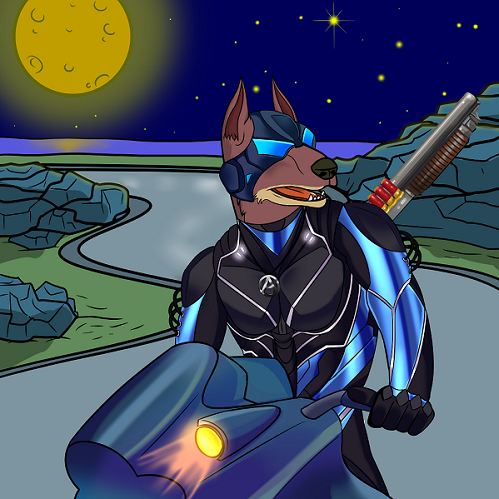 The launch of the first PlanetYX collection called "DoberMotomans" will be on Cardano and it will only feature limited edition NFTs - a total of 2,222. The first thousand will be minted for just 4 ADA, and the second thousand will go for 7 ADA.

"We saw and participated in many projects launched on Cardano which floor significantly dropped after the mint and many people lose money or ended up holding NFT that no one wants. We decided to do a little experiment with our first PlanetYX collection and launch it with a minimum CNFT listing price of under 8 ADA. The holders of the first collection will not only get their NFTs at a very low price but also enjoy the perks in the future," explained Vitaliy.

According to the PlanetY website, the owners of 5 PlanetYX "DoberMotomans" NFTs will be able to mint almost for free on the upcoming "Rocket Cats" collection that will be launched within the next few months. For non-holders, the price for each NFT will be between 45 and 60 ADA. Additionally, they will have a guaranteed whitelist spot for upcoming collections and be given a piece of land in the game which is a one-time unique opportunity.

PlanetYX is a community-oriented project. Each suggestion made by "DoberMotoman" holders on the Discord channel for the project and development of future collection will be taken into consideration.

The PlanetYX's roadmap shows that in 2022 DoberMotoman will receive free airdrops of in-game currency and the land to prosper on PlanetYX. DoberMotoman will be a playable character and will be delivered to holders in a 3D model along with utilities like motorcycles and weapons. 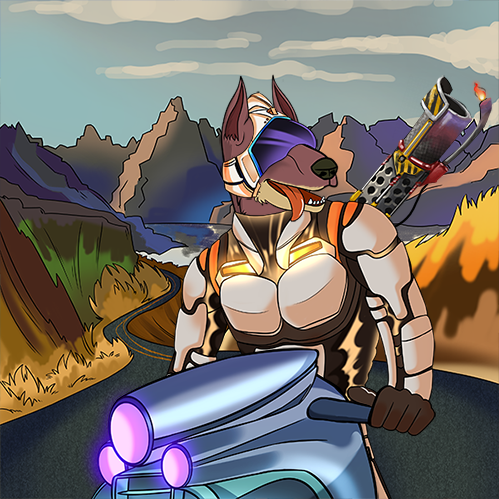 The NFT market is changing rapidly, moving from profile picture NFTs towards high utility and gaming assets NFTs. PlanetYX is following the trend of helping its members be a part of this change and secure its community with NFT assets.

"This is a fair launch and even 5 DoberMotorman will cost only 20 to 35 ADA in total which is a very low price compared to other projects. This way, we want to show our dedication to the community and spread a message about this project. PlanetYX is a long-term project and we are going to build something unique here. Our ambition is to create an open universe with its own economy and 3D playable characters in the Cardano Metaverse," explained Vitaliy.

PlanetYX is planning to use the funds earned from the first collection towards website, game prototype, and 3D models developments, and marketing for the launch of the next collection. As of now, the PlanetYX team consists of two 2D artists, one 3D artist, one senior game developer, one front-end developer, one back-end developer, and one blockchain developer. According to Vitaliy, that is enough for now, but more people will be hired after the launch of the second collection called "Rocket Cats".

The racing game will be the first game of an open world where characters will be able to race for the rewards, sell their gear like motorcycles and weapons, and a lot more. Every character will have his role ("profession") which will determine the character's source of income and place on PlanetYX. It was insiperd by the SEGA's Classic Road Rash game. PlanetYX already has a "for our eyes only" demo with the first 3D model preview that the developer shared on theYouTube channel. If the launch of the first collection will be successful, then in the next 2-3 months the PlanetYX team is planning to have a working prototype with all of the weapons and 3D models being put together. The profits from the next HQ collection where all NFTs will be prices at 30-45 ADA each will go towards finishing the game.

October 12, 2021 – PlanetYX NFT Project Is About To Launch First NFT Collection On Cardano