Every year, the United States Medicare program may lose billions of dollars due to fraudulent activity committed by individuals and organizations that deal with the program. This may affect each and every taxpayer and is a substantial drain on the Medicare program. Arvind Bob Khurana, a nationally recognized whistleblower lawyer, helps healthcare employees in New York who have proof of Medicare scams bring civil lawsuits against these entities on behalf of the government. Mr. Khurana and his legal team represent healthcare employees in civil whistleblower actions, ensuring their welfare and protection under the federal False Claims Act.

The CMS (Center for Medicare and Medicaid Services) contracts with many private citizens, providers, and entities that manage Medicare reimbursements and file claims. They need to essentially trust that these people and entities remain in compliance with the rules. Regrettably, numerous are not in compliance, and that number is getting bigger. Considering the government's lack of resources and hold cheaters accountable, it must often rely on private healthcare employees in the industry to come forward with info so they can hold those who defraud the program liable. 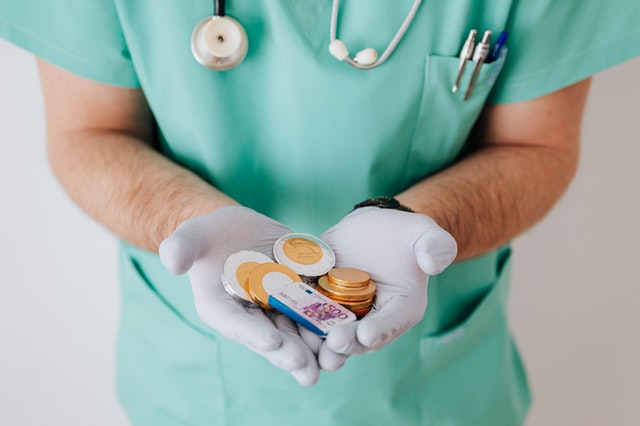 "Fraud against the Medicare program can take many forms," stated Mr. Khurana. "It can include manipulating healthcare records in order to get paid more from Medicare, overcharging the government, providing subpar healthcare products or services, and many other activities. The government counts on private whistleblowers to come forward with firsthand knowledge and documentation of this conduct and the government rewards them for their vital help. Through qui tam lawsuits, whistleblowers are able to bring civil claims against those parties on behalf of the federal government under the False Claims Act and can be rewarded for it."

The federal False Claims Act is a federal law that makes it unlawful for anyone to make incorrect Medicare claims or otherwise defraud the federal government. It also makes it possible for a medical employee with knowledge of fraud against the Medicare program to file a whistleblower suit on behalf of the government. In exchange for their information and effort, the whistleblowers are entitled to gather rewards of between 15 to 30% of the funds recovered by the government. The act additionally has arrangements for whistleblower safeguards against any company retribution that may result from submitting a suit or accepting work with the federal government.

When a whistleblower steps forward with relevant information concerning Medicare fraud, the case is submitted to a federal district court. It is put 'under seal' while the Department of Justice investigates the complaint and the evidence, speaks with potential witnesses, and talks to experts and firm workers. The government will then make a decision if it will step in. If it does not choose to step in, the whistleblower still might continue the case by themselves.

Since healthcare workers put themselves in jeopardy doing this essential work, the federal False Claims Act strongly incentivizes them with a significant part of the monetary recuperation. In an effective claim, the federal government can recuperate approximately 3 times its losses to fraudulent activity in addition to penalties for each occurrence of scams. You can learn more about whistleblower laws in New York City at https://medicarewhistleblowercenter.com/.

"My role as a Medicare whistleblower attorney is to represent these brave private citizens, to help protect them and keep them anonymous, and to work hard that they are compensated for their work," proceeded Mr. Khurana. "Those healthcare employees in New York City who have knowledge of deceitful activity can call our offices, and we would be glad to talk about how whistleblower cases work and how the whistleblower is rewarded and shielded. With their valiant support, we can help hold Medicare fraud in control and hold those who commit such fraud accountable for their actions."

Arvind Bob Khurana, Esq. is a skilled Medicare whistleblower attorney who represents health care employees in New York City and all over the nation.

The Khurana Law Firm, P.C. has extensive experience representing whistleblowers nationwide and in investigating and filing lawsuits under the False Claims Act.

May 03, 2021 – Arvind Bob Khurana, Principal Whistleblower Lawyer at the Khurana Law Firm, Discusses Medicare Upcoding and Why it is Illegal

April 22, 2021 – Experienced Qui Tam Lawyer, Arvind Khurana, Explains What a Qui Tam Lawsuit Is and How Consulting a Whistleblower Attorney Can Help