October 13, 2021—One Source Media, a Queens, NY vinyl sign shop, completed yet another truck wrap project, this time on a 2021 Ford Bronco. “This was a really enjoyable vehicle wrap,” notes One Source Media owner Brian Miranda.

The Bronco’s owner, Lou, is a repeat One Source Media customer. “I guess Lou really likes our vinyl wrap work or something,” Miranda deadpans. “We just can’t seem to keep him away.” Lou’s last project with One Source Media was only 3 months ago. “We wrapped his 2021 BMW 6 series this summer,” Miranda recalls. “Now it’s fall and he’s back.” 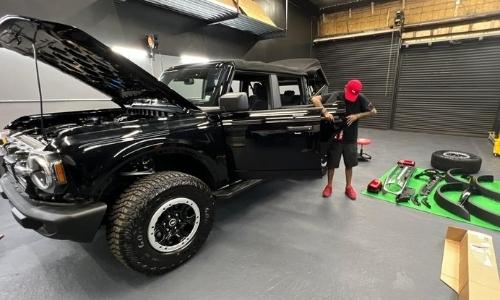 The Bronco’s factory paint was gloss black, but “Lou wanted something that really popped,” Miranda recalls. He wanted his Bronco to be unlike any other on the street of New York City.” 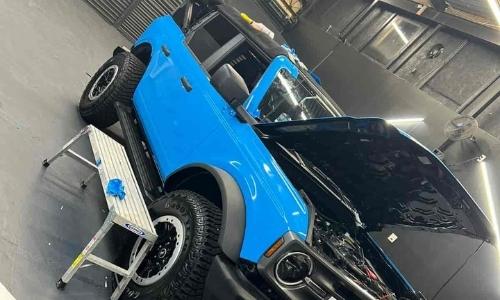 After looking with Lou at designer wrap colors from 3M, Avery Dennison, and other leading vinyl wrap manufacturers, Miranda and Lou opted for Avery’s Gloss Light Blue, a vivid blue bordering on ultramarine but leaning a bit toward sky blue. “Lou looked at that color in the Avery selections and said, ‘That’s the one,’” Miranda recalls. 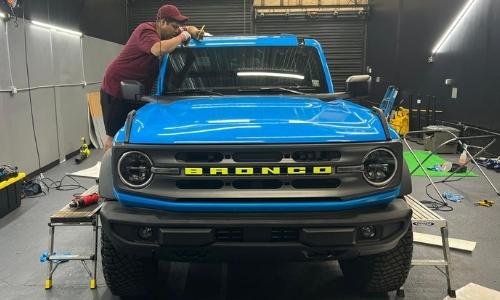 The vinyl wrap process took the OSM crew three days to complete. “It took us a bit longer than the usual car wrap,” Miranda explains, “partly because of the custom accents we did.” To accent the Avery Gloss Blue body color, Miranda’s team accented the vehicle emblems with a vivid yellow vinyl wrap, including the word “BRONCO” across the grill. “That bright yellow with the bright blue just really popped,” Miranda says. 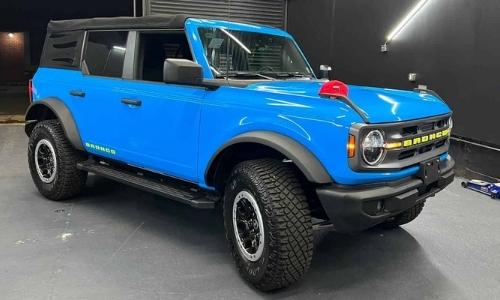 Lou agreed. On seeing his finished Bronco, complete with yellow accents, “His eyes just sort of lit up,” recalls Miranda. “He gave a thumbs up, and you could just tell that it was all he hoped for and more.”

One Source Media is available for car wraps, fleet graphics, and other vinyl signage projects at their two locations: a satellite location in Westchester County and also at the company’s primary location in College Point, Queens. 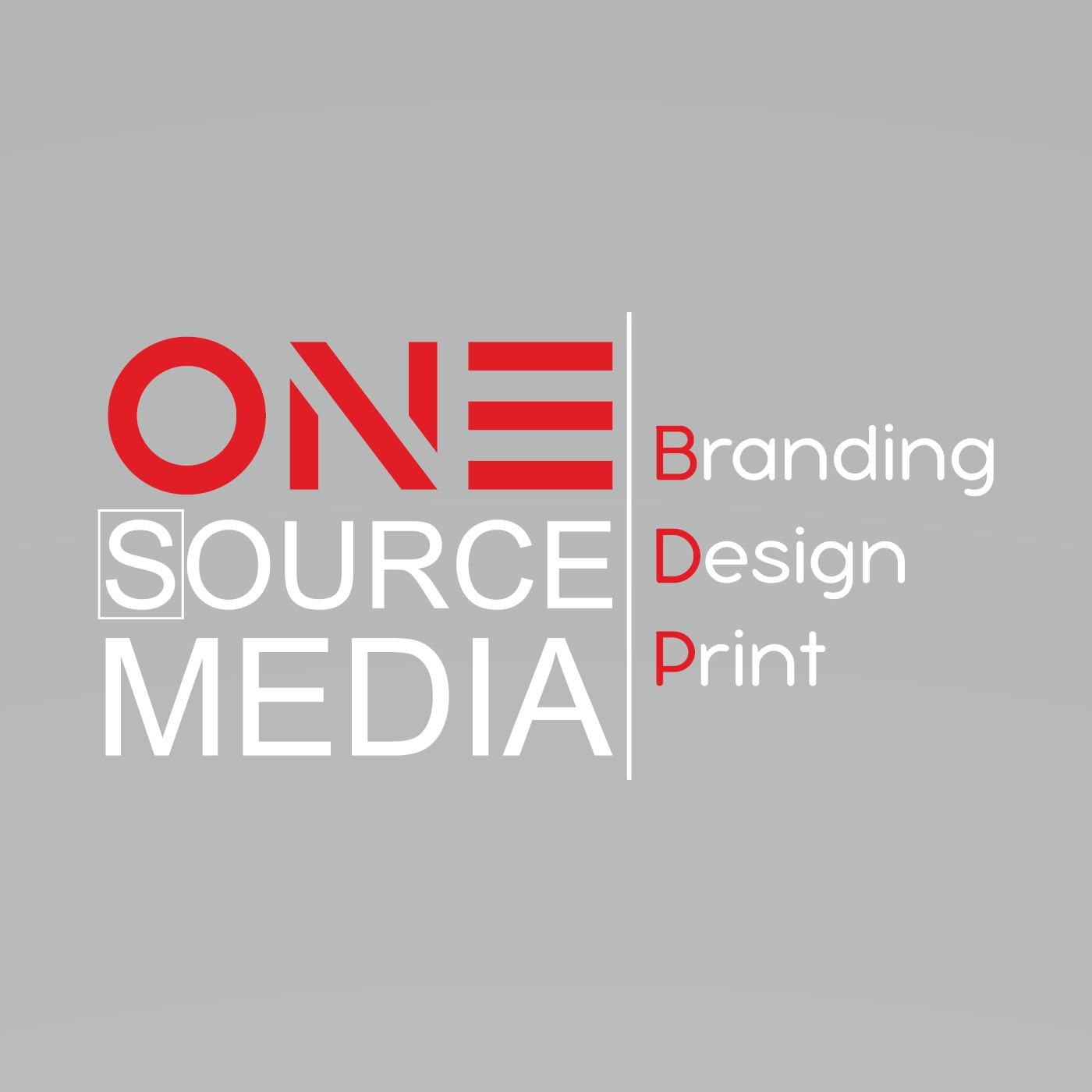 About One Source Media:

September 30, 2021 – One Source Media Completes the Installation of a Vinyl Wrap on a 2018 Range Rover