IES Texas Solar Regional Sales Manager Dan Weier has explained the benefits of solar power, including how solar energy saves money for Texans, in a recent interview by John from Artifact. Dan pointed out that the idea that solar power is not affordable is a misconception. In fact, solar is a good financial investment and the savings that it provides is for the long-term.

Dan Weier says, “If you’re spending $1,800 a year on electricity costs, what’s that going to be 10 years from now? With rate increases and inflation, you’re looking at something 15, 20 years from now where someone’s spending $40,000 to $50,000 in electricity bill. Now that’s just not money people think about a lot because they kind of think of it like taxes. It’s just something you pay. However, solar power offers a way to save on the electricity bill plus there is a federal tax incentive that can cover 26 percent of the gross of the solar power installation.”

When other local incentives for solar power are considered, total incentives can cover from 26 to 40 percent of the solar system costs. Dan Weier points out that homeowners and other property owners will just be shifting the money that is being spent on electricity bills to an investment on a solar system. It would be better to reallocate the money to solar power rather than to electricity bills because the latter will always be there, in contrast to the investment on the solar system.

According to the US Energy Information Administration (EIA), the average US family spends about $1,500 per year on electricity sourced from fossil fuels. A solar panel system would be able to cover 100 percent of their needs, which means they would able to save more than $100 each month. This means that a solar system would pay for itself within 10 years or even less. That does not even consider the annual increases in utility rates. Solar panels usually last on the average for about 25 years. That would mean free energy for 15 years, not to mention the fact that solar power is more environmentally friendly. This is because it offers clean energy and it does not emit greenhouse gases.

However, there are a number of factors to consider, aside from solar power cost savings, before installing a solar panel system. One factor is that a solar panel system will require a bit more maintenance, although not much because there are no moving parts. Basically, this means cleaning the panels to ensure that dust, snow, and even bird droppings don’t reduce the amount of power produced by the system. Simply watering the panels with a hose once to four times each year would suffice. The batteries will also need to be replaced but this will be needed just once a decade.

Another important factor is the surroundings. If there are tall trees and buildings that block the sunlight for a significant amount of time, the amount of power produced may be significantly reduced. The actual amount of reduction will depend on the type of solar panels used. Related to this is the insolation value of the particular region where the property is located. The higher the insolation value for the region, the more energy can be produced from smaller solar panels. Also related to this is the coverage of the solar panels. This will depend on the amount of energy that is consumed by the household.

And finally, there is the recycling factor, particularly with regards to the disposal of solar panels that are no longer working. Currently, only 30 percent of solar panel manufacturers take back solar panels for recycling.

Originally established in 1973 as Houston-Stafford Electric, IES rapidly evolved into one of the biggest and most respected electrical contracting companies offering their services to nationwide. In the early 2000s, IES started exploring solar in the early 2000s and they have been performing the whole turnkey process since 2012.

When in need of solar power installation Austin residents and in other cities in Texas can check out the IES Texas Solar website, or contact them on the phone or through email. IES Texas Solar is busy growing their business and is now accepting new clients for immediate installations. 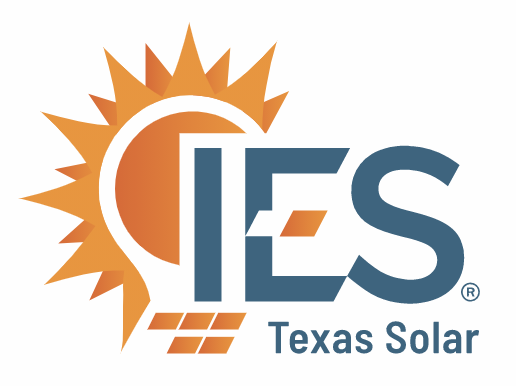 We install solar panels on commercial and residential properties throughout every part of Texas, serving multiple metropolitan areas including Austin, San Antonio, Houston, and Dallas.