Anime Limited is announcing the launch of its YFU token liquidity pool on June 11th. The YFU token, pronounced “Why-Foo”, is a cryptocurrency that serves as a governance token for anime and crypto enthusiasts.

The June 11th liquidity pool launch will be paired with 2 other projects on the BeesSocial platform.

A new NFT collectible we´ll be launching every week into the current series. (Bronze, Silver, and Gold according to rarity, (Gold NFT’s will be reserved for special characters and probably drops to the most involved community members for now.) Anime Limited’s current lineup of NFT collectibles can be viewed on Rarible.

Ashtar, a spokesperson for Anime Limited, responded when asked about “what are NFTs?” He described them as the following: “NFTs or ‘non-fungible tokens,’ are unique non-interchangeable digital assets and collectibles.” Because the authenticity of each NFT has a unique cryptographic hash, each digital asset can be authenticated on blockchain explorers, such as Etherscan.

Starting in May 2021, Anime Limited has already released one new NFT each week in preparation for the upcoming June 11th release. During this event, 8% of the total supply is released as a reward for staking in the new pool. Additionally, token holders will yield rewards when $yfu is purchased and staked for 12 months.

The June 11th event also marks the start of several other launches for Anime Limited. Ashtar commented, “we’re very excited about the support of our community. From the rebrand to Anime Limited to the upcoming CoinGecko listing, we hope this will help us reach a wider range of people including anime fans, crypto enthusiasts, and collectors.”

Ashtar also explains the mechanics of the $yfu launch: “80% of $yfu tokens are already locked on liquidity while our market cap is still low, giving the token ample growth potential.”

Anime Limited has seen significant growth of their YFU token in partnership with the BeesSocial platform.

According to Karasu, another representative at Anime Limited, “Anime Limited envisions to grow into the biggest Crypto/Anime community in the world by bringing new technologies to a broader market and serving as a platform for people to communicate and learn.”

Karasu describes the project vision as a way to give credit to anime creators while allowing them to connect with fans. Karasu continued commenting, “Only the best works will be published and promoted through our social networks.”

Those interested in the Anime Limited project and $yfu are encouraged to watch their interview on the BeesSocial YouTube channel on June 9th. More information can be found at https://youtube.com/beessocialtv 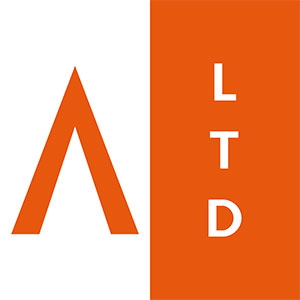 Anime Limited envisions to grow into the biggest Anime/Crypto community in the world and empower creators, artists, and enthusiasts to push forward the projects they believe in.