Facebook made a decision on Friday, June 4, 2021, to suspend former President Donald J. Trump’s accounts for two years. Ultimate Flags issued a statement condemning the announcement from Facebook. Readers can follow Ultimate Flags on FB to stay updated with all of its public statements.

The former 45th President of the United States had his accounts suspended indefinitely following the posts he made before the January 6, 2021 riots on the US Capitol. Facebook confirmed on Friday that the bans would be upheld for two more years. 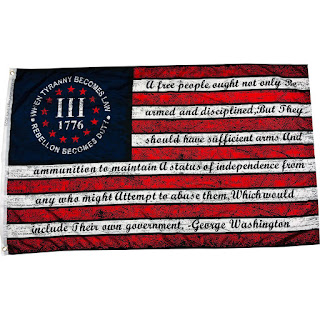 Ultimate Flags, America’s oldest online flag store, said in its reaction, “We are an American enterprise through and through. Our stance on this issue will not come as a surprise to our loyal customers. We are staunch supporters of free speech and everything that it entails. We are, therefore, disappointed in Facebook’s decision to uphold the suspension of our former President. We are fully aware that Facebook is a private enterprise and that it is within its legal limits to enforce the ban. However, we are also let down that the multi-billion dollar corporation caved to cancel culture. We urge the top brass at Facebook to reconsider this move and reinstate the former President’s right to free speech on their platform.”

Trump’s Facebook and Instagram accounts were frozen one day after the attack on the US Capitol building. According to Friday’s announcement, the accounts are set to unlock on January 7, 2023. Readers can follow Ultimate Flags on Twitter to stay up to date on any new developments in the story.

Facebook's vice president of global affairs and communications Nick Clegg said in a statement, about the eventual uplifting of the sanctions, "At the end of this period, we will look to experts to assess whether the risk to public safety has receded. We will evaluate external factors, including instances of violence, restrictions on peaceful assembly, and other markers of civil unrest. If we determine that there is still a serious risk to public safety, we will extend the restriction for a set period of time and continue to re-evaluate until that risk has receded. When the suspension is eventually lifted, there will be a strict set of rapidly escalating sanctions that will be triggered if Mr. Trump commits further violations in future, up to and including permanent removal of his pages and accounts.”

The former President condemned the suspension and reacted by saying, “Facebook’s ruling is an insult to the record-setting 75 (Million) people, plus many others, who voted for us in the 2020 Rigged Presidential Election. They shouldn’t be allowed to get away with this censoring and silencing, and ultimately, we will win. Our country can’t take this abuse anymore. Next time I’m in the White House there will be no more dinners, at his request, with Mark Zuckerberg and his wife. It will be all business.”

Ultimate Flags says that it will be monitoring this situation and keeping its fans updated with any major changes in Facebook’s stance.

Potential customers can reach out to the company at the phone number (863) 467-0584 for any inquiries about the store’s merchandise, shipping policies, and any other question that they might have.