Ultimate Flags, an online store selling a wide range of flags, and other related accessories, is selling flags that give buyers cool ways to express themselves and their 2nd Amendment right.

The flags afford buyers a chance to celebrate their 2nd Amendment rights without violence. The online store says that the United States of America gives everyone the right to freedom of speech in the form of flying the symbols of what they believe in and flags are a great way to employ that freedom of speech. The company says that it feels honored to help supporters of the 2nd Amendment and any other cause to express themselves proudly. 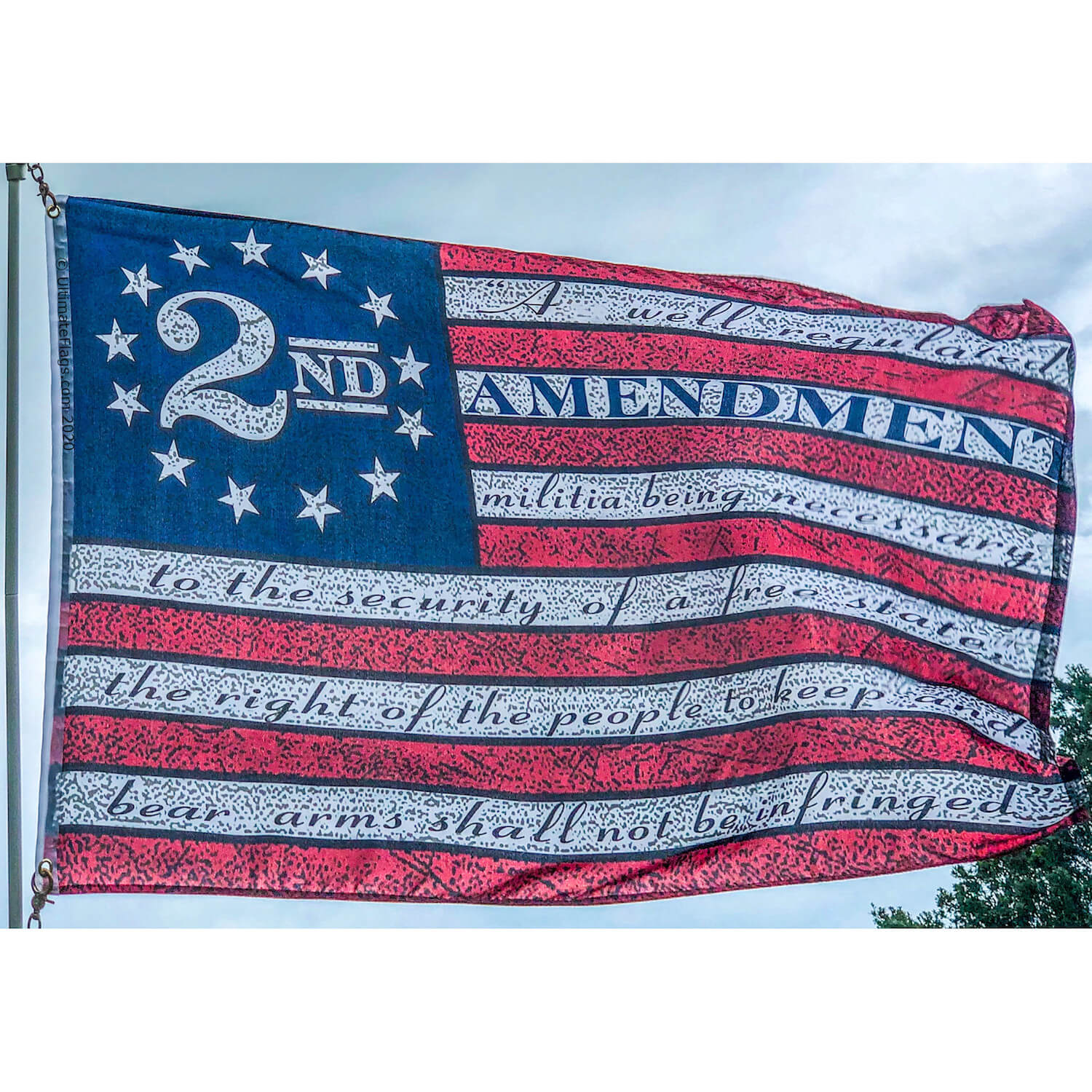 A recent news story that talks about the reaction of a community in Terryville, Plymouth, Connecticut, to controversial flags being flown by two residents in their front lawns. The flags contain expletives aimed at the current president of the United States, Joe Biden. The flags are located within half a mile of each other. One of the owners of the flags believes in widespread election fraud during the 2020 election and refuses to recognize the legitimacy of the presidency. The second owner, Michael Stoto, expresses his opinion freely in the news article by saying, “I hate Biden. I think he’s an ignorant fool,” as reported by the Hartford Courant.

The police captain from Plymouth, Capt. Edward Benecchi says that though neighbors have complained, there’s no law prohibiting property owners from flying foul flags in their front yards. The police captain added context to his decision for taking any measures saying that it was his department’s obligation to protect residents who fly anti-Biden banners, just as his officers defended those who protested against police brutality over the summer with similar signage. Speaking to the Hartford Courant, Benecchi said, “We stood with them to uphold their First Amendment rights and protect them from counterprotesters.”

A spokesperson for the company speaks on the news event by saying, “Flags are the ultimate expression of dedication to a cause or idea. It allows one to proclaim their love for their beliefs and way of life, in a peaceful, non-violent way. We have carried on the proud tradition that was started by American icons like Betsy Ross whose flag was the symbol of the American revolution. Whether it be your 1st or 2nd Amendment rights, we are here to give you what you need to proudly display your love for the freedoms that you get as a citizen of the greatest nation in the world. Visit our online store and we are sure you will find the perfect flag that encapsulates your message.”

Ultimate Flags is the oldest online flag store in the country. It is a wholly American-owned and operated company. Its wide selection of flag categories has expanded over the years to capture the feelings of many different groups. They generally ship orders within one business day. The average delivery time from its warehouse is 2 to 3 business days for the eastern USA and it is 3 to 5 business days for western USA addresses. They even ship internationally with delivery times somewhere between 2 to 4 weeks.