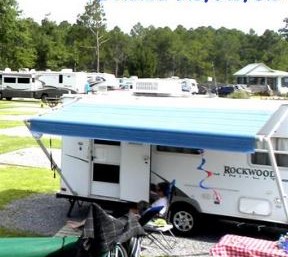 Frequently found in commercial buildings such as campground offices, the first recall is the Potter Electric Addressable Pull Stations Single/ Dual Action, which was recalled due to the pull handle on the device sometimes neglecting to initiate the commercial fire alarm system when manually pulled. Essentially, the defect causes consumers to be unaware of impending danger due to fire. The error is linked to devices with date codes including November 10, 2020, November 21, 2020, December 1, 2020, and December 3, 2020. CPSC suggests replacing the device as soon as possible with a new device. For a free replacement, consumers should contact Potter Electric or the company's fire alarm system dealers/installers. In total, the CPSC estimates that approximately 735 units may be affected by the recall.

Avalon Landing RV Park is dedicated to the safety of campers both at Avalon Landing and at other campgrounds around the nation. Located just five miles east of Pensacola off interstate ten Avalon Landing offers a variety of site options including waterfront, off the water and pull-trough sites. Surrounded by the beautiful beaches of the Gulf Coast Avalon Landing offers proximity to beach access, national parks, and onsite fishing and swimming. For more information about camping with Avalon Landing, give them a call at (850) 995-5898 or visit them online at AvalonLandingRVPark.com.