Backyard Bug Patrol has just released a new blog that talks about how homeowners can determine if they have an ant infestation problem and why it’s important to deal with it if they find one. This reputable Great Falls, VA-based pest control company likes to regularly post blogs on their website which keep their customers informed as to what they should do if they experience indoor or outdoor pest problems. It’s all part of the well-rounded customer service-oriented approach that this company has long been known for. This latest blog from them can be seen in its entirety here at https://backyardbugpatrol.com/virginia/loudoun/ant-problem-paeonian-springs-va. 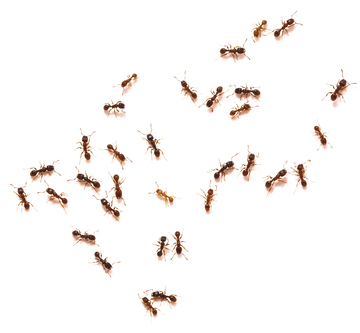 The new Backyard Bug Patrol blog article started by saying that anyone that takes a closer look at ants and how efficiently they work together will be very impressed. It then stated that this same efficiency is what can lead to ant colonies in a home building up to a point that they become a concern. In the blog, it said not only can large ant colonies become a nuisance but ants can also cause a large amount of damage when they move into someone’s home in numbers. Ant buildups tend to also be worse in the warmer months when they have to more aggressively pursue finding needed food and water. The article also mentioned that ant species such as carpenter ants can be especially concerning once that they have established nests inside a home.

According to the newly posted blog, homeowners can take a look around their home to determine the extent of the ant problem that they have. It stated that the best place to look for ant buildups is in kitchens and bathrooms because these pests like to have a source of moisture close by. A homeowner can do this by taking a flashlight and look for signs of ant nests under refrigerators, behind wallpaper, in cracks in-between cabinets, and in the motor areas of such appliances as microwaves and dishwashers. The new blog said that if there are no visible signs of ants in these areas, the homeowner can also follow an ant trail and it will often lead back to a nesting area. Once a homeowner identifies that they do have an ant infestation problem, then it’s best to seek advice from an experienced pest professional like them.

John Mitchell, the owner of Backyard Bug Patrol, says, “After reading this blog you should have a little better understanding of the threat that large numbers of ants appearing in your home can pose and how to deal with that. But don’t worry because experienced pest professionals like ourselves can help you get rid of ants in a safe and effective manner that also helps prevent them from coming back.” Backyard Bug Patrol’s website, which can be seen here at https://backyardbugpatrol.com/pest-control, goes into more detail about how their 100% organic-based treatments are safe for the occupants of a home, pets, and others that visit a home. The owner says these same treatments can be used to control other indoor bugs such as spiders, crickets, silverfish, fleas, and roaches too. He went on to say that they are also known for their effective outdoor pest control services such as their tick and mosquito treatments.

The company’s ant and other pest control services are also very well-thought-of by those that have used them. Christian Muller says, “My family has been using backyard Bug Patrol for over 5 years now. We are completely satisfied and have never considered anyone else. Timely, courteous, and most of all, effective service. We could not be happier and always recommend them to our local family and friends.” This review was taken from the company’s Google Maps Listing which rates them an outstanding 4.9 out of 5-stars on over 70 reviews. That company listing can be viewed here at https://goo.gl/maps/6zRWtU89Ri82. Mitchel went on to say that anyone interested in the all-natural and effective pest control services that they provide can call him, send him an email, or fill out the ‘request a quote form’ that’s found on the company website’s homepage. The owner of this 2017 Angie’s List Super Service Award-winning business also mentioned that if at anytime one of their pest control treatments fails to live up to expectations, they will provide an additional treatment free of charge.