Continuing a trend of growth, Special Services Corporation has added a fuel farm to their property at the Greenville Downtown Airport. This process has been in the works for 2 years but the vision for this growth has be in the works for the past 10 years.

“We want to provide more services and another option to our customers by offering aircraft fuel for piston and turbine aircraft,” said Doug Goldstrom, President of Marketing for SSC. 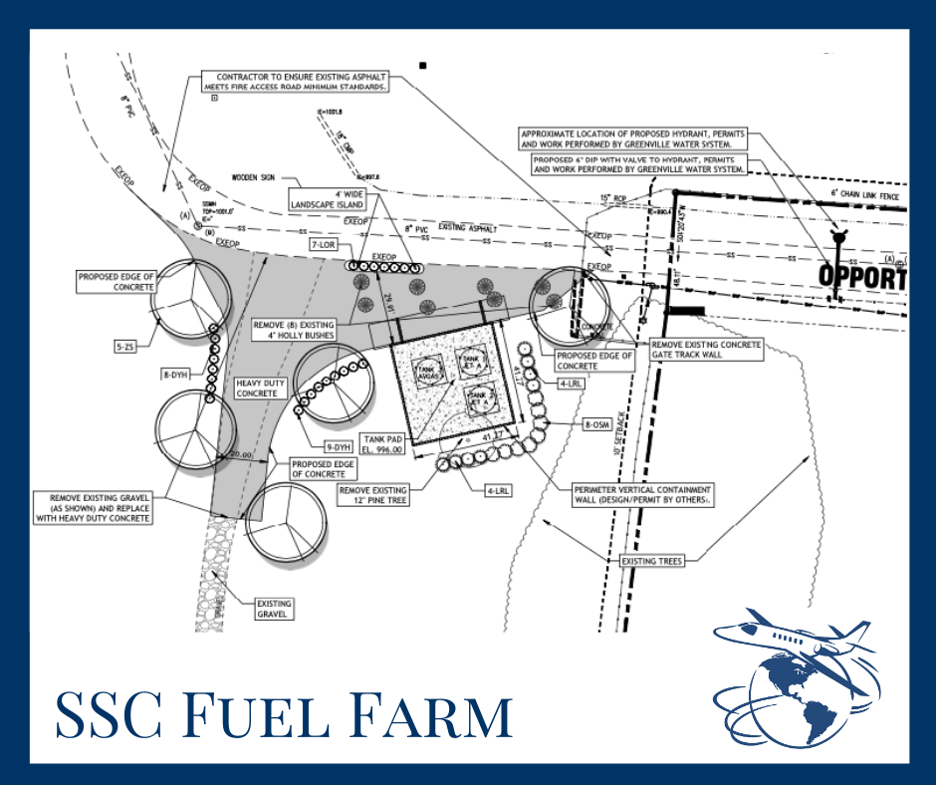 “Work on the facility to provide aircraft fuel at GMU is proceeding as scheduled, in spite of the current pandemic,” said Jason Henderson, P.E of Bluewater Civil Design LLC. “It just takes good planning to ensure we’re in compliance with the guidelines.” Work is scheduled to be completed by September 2020.

Frasher mentioned that GMU has had two FBOs prior to the 2008 downturn, the addition of fuel at SSC brings the airport back to the level of services that the airport had provided in the past.

“Providing fuel at an airport is complicated. Many airports are run by the city or another government entity that doesn’t have to pay rent. So they can sell fuel at a discount,” said Frasher. “The best way to control fuel prices at the airport is fair competition between private companies that have a level playing field, which is what we have here with SSC.”

The fuel farm joins a number of other recent and future airport initiatives. Lighting at the airport was replaced with brighter LED lighting in January, and the FAA has approved a new EMAS (Engineered Materials Arresting System) that improves runway safety by adding crushable material that extends beyond the end of the runway.

What is a Fuel Farm

A fuel farm is an array of tanks, piping and pumps designed to safely store and dispense fuel. Tanks are typically located above ground since above-ground tanks are less expensive to install, and visual inspections are easier.

Many airports make use of their own fuel tank farms to supply their aircraft with avgas and jet fuel. This gives them the ability to refuel their planes without relying on daily shipments from their fuel suppliers.

A fuel farm was completed in September 2018 at the neighboring Greenville/Spartanburg International Airport.

Advantages of a Fuel Farm at Special Services Corporation

Ability to buy fuel in bulk to provide lower priced aircraft fuel to clients and customers. Competitive priced fuel for aircraft coming in and out of GMU (Greenville Downtown Airport). Competitive pricing means more fuel will be purchased. Fuel will now be available again on both sides of the airport reducing the need for fuel trucks to cross runways. Allow continued growth.

Since 1958, Special Services has been providing business flight services to the aviation community.

Special Services Corporation (SSC) started out as the flight department for Liberty Life Insurance Company that was founded and headquartered in Greenville South Carolina. Liberty Life was founded in Greenville South Carolina in 1905. To meet demand, and that of other local companies, SSC acquired and managed additional aircraft for clients and started providing charter services in 1999.

SSC’s current charter fleet includes a line of Citation midsize and light jets and a number of piston aircraft. Visit www.flyssc.com to view the entire fleet of aircraft.

Today, SSC is the longest tenant at the Greenville Downtown Airport (GMU) and offers an array of charter, maintenance, management and other aviation related services.

They specialize in helping individuals and companies use private aviation as a competitive advantage. 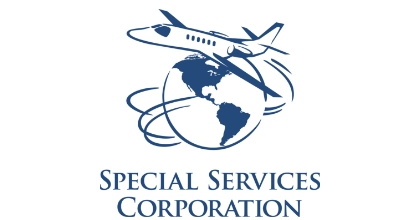 Since 1958, Special Services has been providing business flight services to the aviation community. They specialize in helping individuals and companies use private aviation as a competitive advantage.