This, according to an article published by Hilton Head 360, the leading Media Company in Bluffton, SC. As stated in the article, Hilton Head Island has a long-standing guideline that says that lights inside homes that have windows facing the beach should be turned off from 10 PM to 6 AM. "All windows and doors facing the beach will need to have tinting or window treatments allowing only 20% of the light to be transmitted toward the beach," as stated in the article published on the Hilton Head 360 website.

According to the article, newly-hatched sea turtles follow the light. That is why no artificial light should shine on the beach. When baby turtles go in the wrong direction, they often die from dehydration or exhaustion or drown in pools, get hit by cars, or taken by predators.

In line with this, the Marketing Agency in South Carolina likewise urged homeowners to choose window treatments that conform to the town's guidelines. Among the options are roller shades and honeycomb shades. Another alternative is draperies, with blackout lining. One company that offers these special window treatments is Carolina Window Designs. To know more about the guideline and to read the full article, visit the website of Hilton Head 360 at https://www.hiltonhead360.com/.

Besides its print and online magazine, Hilton Head 360 also continues to produce Hilton Head maps for local businesses and tourists. The Hilton Head map is distributed in hundreds of locations throughout the area. It contains bike paths, beaches, local shopping destinations, restaurants, and activities to try when in the area.

"Despite the digital revolution and presence of smart devices everywhere, the Hilton Head map is still a favorite of local businesses and tourists alike," says Dan Monroe. 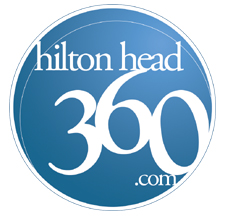 Hilton Head 360 is an Advertising Company in Hilton Head Island, that showcases the best real estate properties in town. For more information about their company please visit their website at http://www.hiltonhead360.com