The Brown Firm - Atlanta, a firm that focuses on personal injury and accidents, has published a new blog post on their site that reveals when it is too late to get an Atlanta car accident attorney. The article explains that the deadline is specified by the statute of limitations, which is two years after the car accident. There are a number of reasons why this particular deadline was set in place, but the key one has to do with evidence. If one were to begin building a case two years after the accident, it would be very difficult to gather any relevant evidence, such as a CCTV of the accident, or track down any witnesses of the accident. Furthermore, it would not be reasonable for an adult to put in a claim for a past injury caused by a fall at a certain amusement park, for instance, that occurred when he was still a child.

Aside from the deadline of two years specified by the statute of limitations, there are two other requirements to be able to file a claim in court for a car accident. The first one is that there should be a clear third party who is responsible for the accident due to negligence. The negligent party doesn’t have to be an individual, but it can also be an organization, such as the trucker’s employer or the manufacturer of the car that had a defective part. The second requirement is that the negligent party must have the capacity to pay for the compensation that is being sought. Oftentimes, this is covered by the insurance company of the negligent party, although at times it may not be that simple.

Harry Brown, a managing attorney at The Brown Firm, says, “Two years. That’s how long you have to file for a personal injury car accident claim in Atlanta.”

Past clients have been leaving highly positive reviews about the firm. For instance, Christine Ford, who gave them a five-star rating, said, “The Brown Firm is the best firm around. They helped my daughter get through her accident so smoothly. They are so helpful and made the process so easy. They really care about their clients and I would definitely recommend their firm to anyone in an auto accident.”

Harry Brown had also been a chiropractor for more than 10 years, treating car accident victims. During those years, he realized that people have the need for a good car accident lawyer, which was why he founded The Brown Firm. Thus, he has both legal and medical experience in accident cases. He had obtained his bachelor’s degree in 1995 from the University of Georgia in Athens, his doctor of chiropractic degree in 1999 from the Parker College of Chiropractic in Dallas, TX, and his Juris Doctor degree in 2004 from the John Marshall Law School in Atlanta. He has been admitted to the bar in the states of Georgia and South Carolina.

Those who are in need of the services of a lawyer after car accident may want to check out the website of The Brown Firm - Atlanta, or contact them on the telephone or through email. 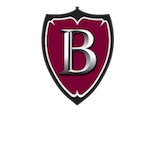 About The Brown Firm:

The Brown Firm in Atlanta, Georgia represents those who have been injured because of the negligence of others. We understand that, even though we are a law firm, we are also in the customer service business.

March 19, 2021 – Atlanta Motorcycle Accident Attorneys at The Brown Firm Explain the Importance of Wearing a Helmet

March 05, 2021 – The Brown Firm Shares Benefits of a Hiring a Speeding Accident Lawyer in Atlanta

January 22, 2021 – Atlanta Rear-End Collision Lawyer Shares Tips on What to do After an Accident