Turron Kofi Alleyne: How It Was Taking the Summer Acting Classes in New York

Maggie Flanigan Studio, an acting studio based in New York, NY, has released a recent interview with actor Turron Kofi Alleyne where he reflects on what it was like studying the Meisner technique again after working professionally for several years. The interview centered on the challenges for the actor in undergoing the Six-Week Summer Intensive training despite having already studied the Meisner technique before at a university. These summer acting classes in New York have just began and the Six-Week Meisner Summer Intensive is at the heart of the acting studio’s Summer Acting Program. 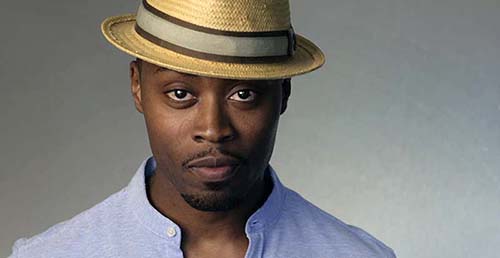 The Six-Week Meisner Summer Intensive introduces students to the first third of the Meisner Technique but for Turron Kofi, he is already familiar with the technique while studying at a university. Nevertheless, he was surprised at how challenging it was. He said, “When I started the summer intensive I thought that I would be able to brush up, get my feet wet and get back into it because this was just the fundamentals. Boy, was I wrong.” Turron Kofi Alleyne is known for his roles in the films, “For Life” in 2020, “Slavery by Another Name” in 2012, and “Invincible” in 2006.

When asked what he had learned in the summer intensive program that changed his acting, he said, “The biggest thing for me, I already know, that was my answer is– How do I articulate this? I would say not allowing my daily behavior to interfere with my acting life, my experience because over the years and even– I grow habits. I’m not the person that I am in class all the time. I don’t fully live out my emotional life, whatever that is, all the time. The biggest thing for me was allowing just being able to open that up and not caring about whoever or whatever thinks about you in those moments of just living out whatever your experience.”

Turron Kofi observes that the Meisner technique, which he got to experience for the second time in one of the leading New York summer acting classes, allows him to really get to know himself and dealing with any issues that a person has. He has realized that it is a method that truly reveals who a person really is and that in a way, it is therapeutic. The result was that those six weeks were so therapeutic for him that it allowed him to express himself better. He explains, “The best thing for Meisner that I’ve experienced is getting in tune with yourself and knowing who you are. Then also realizing that it’s not about you. Do you know what I mean? It’s not really about you. It’s about your partners and what you’re doing, and it allows you to listen and take in. Take in and give. Take in and give out.”

Actors who are truly serious abut becoming a professional actor may want to enroll at Maggie Flanigan Studio. Students are able to experience in just six weeks in the summer intensive program the challenges of serious professional actor training. It is at the core of the Summer Acting Program (Conservatory) of the acting studio where the students get to experience the first third of the Acting 1 Meisner Technique. The Summer Conservatory also includes Movement 1, Voice 1, and the student’s choice of an auxiliary class. Students can choose from Commercial 1, Mask & Character, On Camera, Nutrition, Self-Care for Actors, and Playwriting.

While students cannot expect to learn the art of acting in just six weeks, the Meisner summer intensive offered by the Maggie Flanigan Studio will introduce students to the art form, provide them with a new understanding of the key fundamentals that any serious actor should have, and the value of hard work and artistry.

When searching for summer acting classes New York City has to offer, people interested in acting may want to check out the Maggie Flanigan Studio website, or contact them on the telephone, or through email.