Backyard Bug Patrol is very pleased to announce that it has recently received another glowing 5-star review from a very satisfied long-term customer on Google Maps which can be found here: https://goo.gl/maps/3WndzhnfUMxZbDBV7.

In his review, Christian Muller said, “My family has been using backyard Bug Patrol for over five years now. We are completely satisfied and have never considered anyone else. Timely, courteous and most of all, effective service. We could not be happier and always recommend them to our local family and friends.” 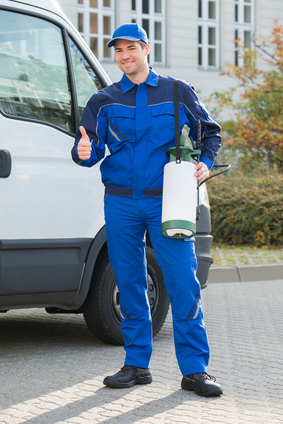 Although he is no stranger to the company receiving such positive reviews, Steven M., a spokesperson for Backyard Bug Patrol, said, “It is always nice to receive positive feedback of course, but it is especially gratifying when it is a long term customer such as Christian who is the one doing the review. Not only does it mean we are doing something right, but it means we have maintained the high standards we strive for on an ongoing basis.”

It is not just Google Maps where the company receives positive reviews, however, as many more such reviews can be found on Backyard Bug Patrol’s Facebook pages at https://www.facebook.com/BackyardBugPatrol where it has achieved a perfect 5 out of 5 review rating.

Backyard Bug Patrol offers a full range of pest control services to both home and business owners. At this time of the year many homeowners are concerned about pests such as ticks. Not only because ticks can attach themselves to children and adults, but also to household pets.

Deer ticks present a very real health hazard to both humans and animals that should not be ignored as they are capable of transmitting Lyme disease. Lyme disease can cause symptoms such as a rash, fever, headache, and fatigue and if not treated early, the infection can spread to joints, heart, and nervous system.

Indoor prevention services are also available for pests such as ants, crickets, fleas, roaches, silverfish, and spiders. In addition, in many treatment cases, 100% organic options are also available. Backyard Bug Patrol’s technicians can advise on the most effective form of treatment.

It is not only bugs such as ticks and mosquitoes etc. that Backyard Bug Patrol deals with. Another very real health hazard that concerns many is rodents, and the problems they cause are well-known. Mice can carry various diseases such as hantavirus, salmonellosis and listeria through their urine, droppings, saliva, and nesting materials. In addition, they can cause dangerous physical damage by gnawing on wires as well as other items within a property.

Backyard Bug Patrol was founded in 2010 by the Mitchell family after all five of them contracted Lyme Disease. This led to Backyard Bug Patrol’s mission statement being “No child should get Lyme Disease in their own backyard”. Operating in both Maryland and Virginia the company has helped innumerable home and business owners to regain control of their properties from unwanted pests.

Backyard Bug Patrol offers preventative and remedial treatments both inside and outside the home for householders experiencing unwanted bug problems. Visitors wishing to find out more about the company and the services it offers can visit the its website. In addition, visitors should check out Backyard Bug Patrol’s blog at https://backyardbugpatrol.com/blog where much useful up to the minute information about pests and pest control can be found.