Adam Marsh was a student of biomedical engineering in college and was working in electronic medical records for over eight years before he decided to move to New York. Once there, he decided to follow his dreams and dip his toes in acting. In the interview with the studio, Marsh says, “I started acting when I was in fourth grade. It was right after I saw my first play Joseph and the Amazing Technicolor Dreamcoat, and I was like, “I have to do that.” From that point forward, I think I was always in a play of some sort until I was 18 years old. Then I studied biomedical engineering in college and didn't do a show again for the next 12 years until just about now.”

Marsh explains, “I knew that I needed to have a program where somebody cared how I was doing and whether or not I was growing and was going to pay attention to me and know about me and where I’m at, my journey, and I’d have small class sizes.” He continues, “I also knew that I needed somebody going to be hard on me, expect a lot from me, and expect me to grow quickly. Otherwise, I’m just going to check out. Then I talked to somebody in the elevator that had done the program and then had done the two-year program after the Summer Intensive. They were just going on and down the elevator ride about how much they changed their lives and how I needed to do it if I was even considering it.”

Marsh also goes on to say that the Summer Acting Program offered by the Maggie Flanigan Studio is the perfect starting point for anyone who is interested in acting. He says that he had never studied the Meisner technique before, but having done the Summer Acting Program, he has seen the positive impact it has had on himself. What sets the Maggie Flanigan Studio apart from other places is their mastery of the Meisner technique, which focuses on getting the actor to ‘get out of their head’ such that they can respond instinctively to the surrounding environment from within their role. 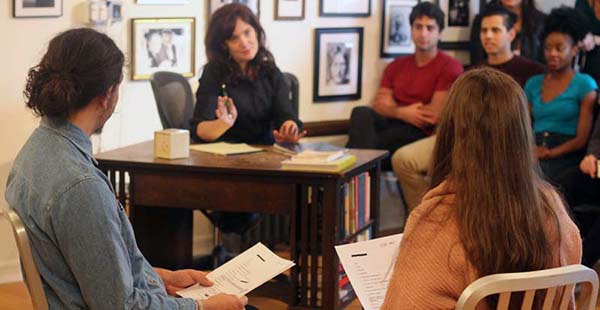 It’s not just Adam who has praise for Maggie Flanigan Studio, either. The studio’s excellence is reflected in their reviews. On the Google platform, for instance, they have a near perfect rating of 4.8 out of 5 Stars. In a recent review, Andrea Simmons says, “Bill is an excellent teacher and does a wonderful job of encouraging the students technically and spiritually to bring the best version of themselves to each commercial audition. The Commercial Acting class changed my entire perspective on commercial acting and showed me how technical the process can be. I feel inspired and much better equipped to break down commercial copy and approach an upcoming audition with confidence. I would highly recommend the class.”

Those who want to learn more about Maggie Flanigan Studio and their services, or want to sign up for the upcoming Summer Acting Program, are welcome to visit the academy’s website. They encourage interested parties to get in touch with Charlie Sandlan directly via email or phone. They can also be reached through the contact form on their website. Maggie Flanigan Studio maintains a presence on Facebook where they frequently post updates, share media and communicate with their students and followers. More information about the acting studio can be found at the following link: Summer Acting Classes NYC.