Augusto Beato, CEO of Portland-based Ice Break Shipping LLC, says it's just a matter of time before a hybrid truck and drone delivery system would be in place in the United States.

He was reacting to news that food delivery companies being given the green light for testing drones in India after budget airline SpiceJet received permission to conduct drone trials.

"We are still figuring out how last-mile delivery could be done via drones as regulations are making it an uphill climb, especially in densely populated areas," said Beato, who is also the CEO of Portland SEO. 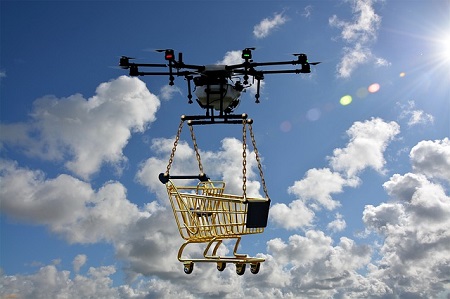 Beato says that providing a hybrid truck and drone delivery system should be a game-changer for LTL freight operators, allowing better service at a lower price to both the retailers and the end-users.

Regulatory barriers include determining safety in the link between trucks and drones.

Consequently, Federal Aviation Administration (FAA) regulations disallow the hybrid model in an urban area, but could be possible in a "sparsely populated area."

"But the drive to hasten the creation of a solution is evident, with the FAA selecting eight companies to help establish technical requirements for Remote ID," he added.

The Remote ID is a system for identifying unmanned aerial vehicles via radio wave identifiers broadcasted from the drone.

That Remote ID could be received by air traffic control towers and the public to ensure safety and accountability.