Maggie Flanigan Studio has just posted an interview on their website that gives some of the highlights of their reputable summer acting programs in NYC from a student’s perspective. The student from the interview is named Adam Marsh and he had nothing but good things to say about his experience working with head acting instructor Charlie Sandlan. It’s the type of glowing review that those who attend this respected studio’s summer intensive acting workshops typically write. 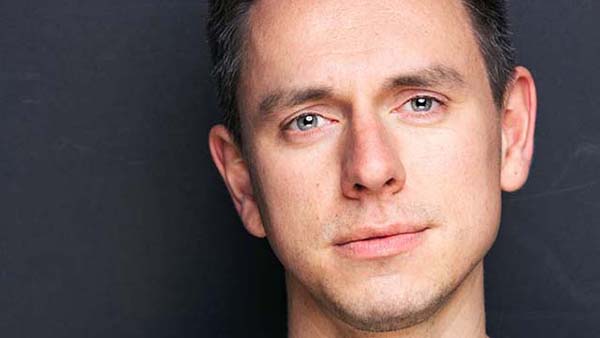 The biggest highlight of the interview was this specific statement that was said by Marsh, “It's important to train with someone you trust when you're going to be vulnerable learning like this. I trust Charlie. I know that whatever he says isn't going to be just to break me down or flatter me." It’s a statement that shows just how serious the Maggie Flanigan Studio instructors are when it comes to helping motivate and teach their students to become better actors. The studio’s instructors realize they have to be spot on with both their praise and criticism for their summer students to have better opportunities to land professional acting gigs.

During the beginning of the interview Marsh admitted that he wasn’t sure exactly what to expect from the program as he had never taken any acting classes before. He thought there would be a little bit of line memorizing involved and he would also learn more about the business side of acting. The new student quickly learned that was anything but the case. Marsh was surprised that he was learning such things as how to pay attention to how he feels and experiences emotions when doing a scene and how he responds to other actors. He mentioned that one of the biggest surprises that he experienced throughout the classes is the range and depth of such emotions as rage and despair that he displayed during the process that he did not think he was capable of.

The summer student also said he was only slightly familiar with the Meisner acting technique that the studio emphasizes. He credits this technique for making him understand that good actors prepare and craft a scene in their heads long before they experience going through a scene for real. Another highlight of the summer acting classes that Marsh pointed out during the interview as being beneficial were the voice, actor movement, and on-camera classes. The summer course student wrapped up the interview by saying that he took the studio’s summer acting classes after reading how others proclaimed these acting lessons had changed their lives. He says that remained true for him also and he felt that there was not another 6-week acting course around that could have possibly made such an impact on him both personally and professionally.

Other students that have gone through the Maggie Flanigan Studio’s summer acting intensives New York have also spoken glowingly about their experience. Here is an example that was taken from the company's Google Maps Business Listing; in it, Christopher Ellis writes, “Charlie, Karen, and Cherry are the absolute best. I've taken many classes in NY, since moving here three years ago. Nothing has been quite like the six-week summer intensive at Maggie Flanigan Studio. There is an energy that the instructors bring to the place that is professional, safe, and filled with lots of heart and dedication. Each class brings you closer to taking yourself seriously as an actor. The words, 'home for the serious actor,' fully encompass what it means to learn at the Maggie Flanigan studio. I feel changed as an artist, more confident, and inspired to dig deeper into the training. This is not a fun class to take in your free time. This is a class that will shed some light on what it means to live truthfully in the moment and to be prepared for a lifelong career. I'm very thankful that I decided to jump in.”

This well-known studio welcomes those who are interested in taking beginner acting lessons New York to contact them by phone, email, or by filling out the form found on the ‘Apply Now’ page on their website.