"There is a lot of "hidden economy" or transactions that are either unreported or underreported in the roofing industry," says Beato. "The government needs to dedicate efforts in looking against non-compliance with laws to prevent more abuses."

The Florida incident stems from repeat violations of a company representing itself to a leading roofing contractor named Crown Roofing LLC for repeated failures in safeguarding its workers. 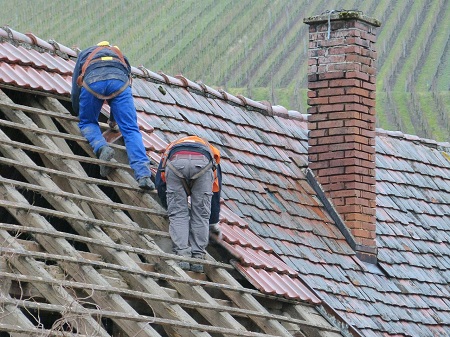 OSHA fined Crown Roofing LLC the amount of $134,937 after an inspection at a residential job site in Tamarac, Florida, found that the company had not made any improvements in the work conditions.

The inspection was made under the Regional Emphasis Program for Falls in Construction, an initiative that aims to reduce fall-related death in the industry.

The OSHA has inspected Crown Roofing LLC 18 times in the past six years, the most recent in November 2019, and at least a dozen of them revealed repeated violations of fall protection standards.

Greenhagen allegedly asked for large deposits and upfront payments for roofing and other construction projects that they neither intended to complete nor could do so.

According to Rutledge, five consumers lost $90,000 to Greenhagen for projects that were not completed or provided with refunds.

The Arkansas Contractor's Licensing Board has also revoked Greenhagen's contractor's licenses and issued a cease and desist order after receiving several complaints from consumers.

Beato, the CEO of Portland SEO, pointed out that while the government is on the right track by addressing abuses and violations in the roofing industry, customers and workers should be more proactive in protecting their welfare.