New York, NY based Maggie Flanigan Studio is excited to announce that they are ready to accept new applications for their summer acting programs in New York. Learn more about the acting programs at the following link: Best Summer Acting Programs New York. 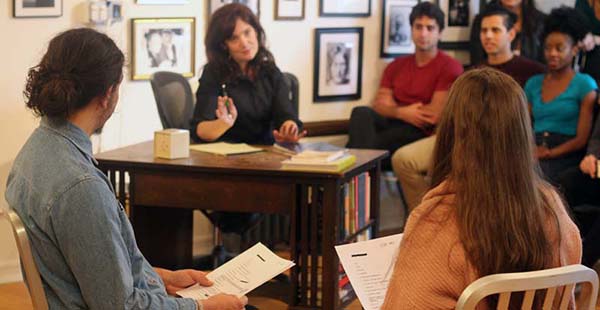 Beginning July 20th and running through the end of August, Maggie Flanigan Studio runs a Six-Week Meisner Summer Intensive program for interested and curious students. During this summer program, students are introduced to the first third of the Meisner Technique, experiencing the rigors of serious professional actor training over the duration of this course.

Maggie Flanigan Studio’s Summer Conservatory includes Voice 1, Movement 1 and the choice of at least one of the following auxiliary classes: On Camera, Commercial 1, Mask & Character, Playwriting, Nutrition and Self-Care For Actors. According to the studio, Summer Conservatory students often choose more than one auxiliary class, additionally receiving priority in enrollment as well as the selection of class times. As the studio explains, students can expect to be in class 15-26 hours a week, depending on their class load.

The majority of the studio’s summer students are currently pursuing their BA or BFA in universities around the country, international actors who want an intense introduction to Meisner training, or actors living in NYC and LA who want to get a sense of the studio and the Meisner Technique before committing to the entire two-year training program. While students cannot learn the craft of acting in six weeks, the studio asserts that the Meisner summer intensive will wake them up to the art form, the importance of artistry and hard work, and allow them to gain a new understanding of the important fundamentals that any serious actor should possess. This makes Maggie Flanigan Studio’s Summer Conservatory one of the best summer acting programs for college students in New York.

Charlie Sandlan, Head of Acting & Master Teacher at Maggie Flanigan Studio is quick to highlight the value in maintaining a solid work ethic. “That's a very important thing for an artist to have and, unfortunately, for most actors—or most people who call themselves actors—they do not have a work ethic. Most actors do not have a sense of discipline that you will find in other art forms. Really great musicians and really great painters and dancers, they work on their craft their entire life, even those at the top of their profession. If you think that Savion Glover puts on his tap shoes only when he performs or if Anna Netrebko only sings when she steps on stage at the Met, then you're kidding yourself. You need to apply this sense of work ethic if you want to succeed in your goals in acting too.”

The quality of the teaching provided by Maggie Flanigan Studio is reflected in the students’ opinions of the studio. On the Google platform, the acting studio has a near-perfect rating of 4.8 out of 5 Stars. In his 5-Star review, for instance, Christopher Ellis says, “Charlie, Karen and Cherry are the absolute best. I've taken many classes in NY since moving here three years ago. Nothing has been quite like the six week summer intensive at Maggie Flanigan Studio. There is an energy there that the instructors bring to the place that is professional, safe and filled with lots of heart and dedication. Each class brings you closer to taking yourself seriously as an actor. The words ‘home for the serious actor’ fully encompass what it means to learn at Maggie Flanigan Studio. I feel changed as an artist, more confident and inspired to dig deeper into the training. This is not a fun class to take in your free time. This is a class that will shed some light on what it means to live truthfully in the moment and to be prepared for a life long career. I'm very thankful that I decided to jump in.”

Another student, James, praises the studio in another review as well. He says, “Nutrition For Actors quickly became one of my favourite classes at Maggie Flanigan, as I started to notice the difference it was making in my life right away. Every week, I looked forward to seeing my teacher and classmates, talking about how I'd been feeling, what my diet was like and what my goals were for next week. I made some great strides in my life due to this class, everything from joining the gym to cutting down on bad habits and relationships to finding the joy in cooking properly for myself. I would recommend it to anyone trying to find equilibrium in every aspect of their lives.” 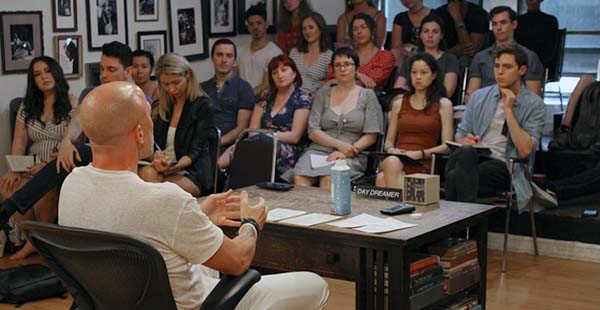 Those who want to learn more about Maggie Flanigan Studio, the best summer intensive acting programs in NYC or the various services they provide can find more information on the academy’s website. They encourage interested parties to get in touch with Charlie Sandlan directly via email or phone. Alternatively, the studio can also be reached through the contact form on their website. Maggie Flanigan Studio also maintains a presence on Facebook where they frequently post updates, share media and communicate with their students.